Chevrolet Confirms the Return of the Blazer After 13 Long Years

It’s got the Jeep Grand Cherokee square in its sights. 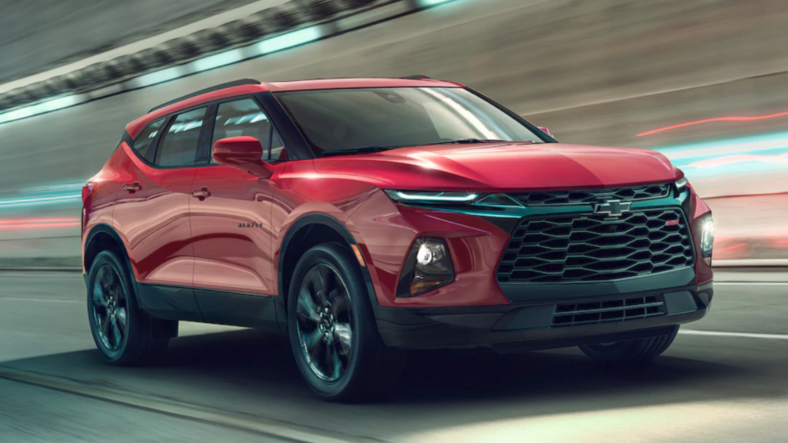 Remember the Blazer? Of course you do. It debuted as Chevrolet’s full-sized SUV in 1969, but the mid-sized S-10 variant is the one that resonated with suburbanites throughout the ’90s and early ’00s until production ended in 2005.

Well, GM just announced that they’re bringing back the Blazer in 2019. And it’s nothing like the aforementioned vehicles.

It’s been reincarnated as the sixth crossover SUV in Chevy’s lineup. As Car and Driver notes, the small-block V8 has been scaled down to two less powerful options.

Per Car and Driver:

The standard powerplant is the familiar 193-hp 2.5-liter inline-four. More attractive is the equally familiar 305-hp 3.6-liter V-6. Both engines are direct injected, and both feed a nine-speed automatic transmission that can in turn feed an all-wheel-drive system.

Both the Premier and the RS models are available in AWD and are billed as “stylish” utility vehicles that are “perfect for all of your adventures.” Because the world definitely needs more of those.

With a custom black mesh grill and an interior upgraded with Jet Black leather and red accents, the RS is definitely the more attractive choice.

Take a look at early renderings of the new Blazer in the gallery above.