Note: No speed records were broken. 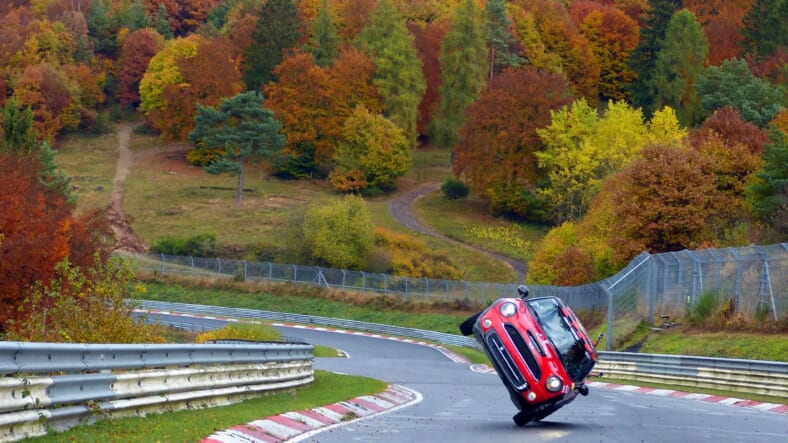 It took that long, Yue told BridgeToGantry.com, because one of the special solid-rubber tires started vibrating, and the vibration subsided as long as he kept the car below about 13 mph.

“So this lap was a lot slower than I liked, and that makes it much more difficult,” he said. “My shoulder was hurting by 6 kilometers, with 15 kilometers still to go…”

Note to self: Plan to drive faster on any future two-wheeled car stunts to minimize shoulder pain.