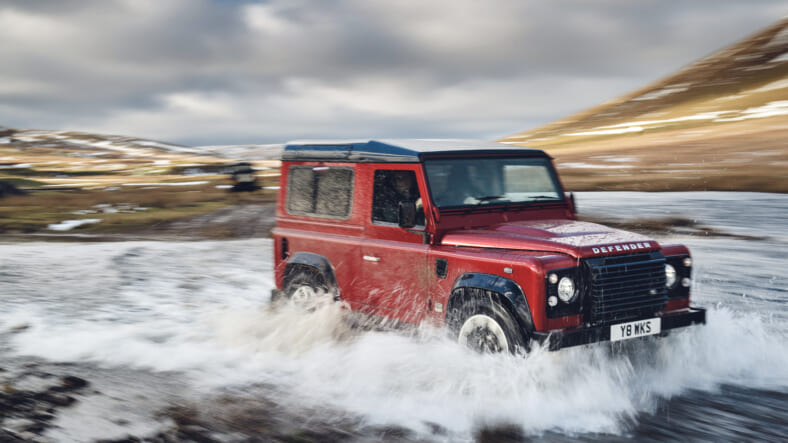 Yes, we’ve told you that the classic Land Rover Defender is dead. But it turns out it is only mostly dead. Which means partly alive, thanks to Land Rover Classics, the company’s restoration division.

Land Rover will build as many as 150 Defenders, equipped with 400-horsepower 5.0-liter V8 engines that will accelerate the old off-roaders to 60 mph in just 5.6 seconds and to a top speed of 106 mph.

No one wants to go more than 106 mph in a Land Rover Defender. U.S.-spec Defenders used to employ a 182-horsepower 3.9-liter V8, by comparison.

These beauties start out as existing Defenders that have fewer than 20,000 miles and were built between 2012 and 2016 before the Land Rover Classics wizards apply their craftsmanship.

The cabin is similarly modernized, thanks to Windsor Leather interior trim on the dashboard, door panels, headlining and Recaro sports seats, with Land Rover Classic’s own Classic Infotainment System is also fitted for audio and navigation.

The price in Britain and the Middle East starts at the equivalent of $208,000. Residents of European countries can import theirs on an individual basis. For American drivers, the Defender may in fact be all dead. Unless you can find the vehicular version of Miracle Max.