The Coolest Toyota Ever Made Is Going Up For Auction 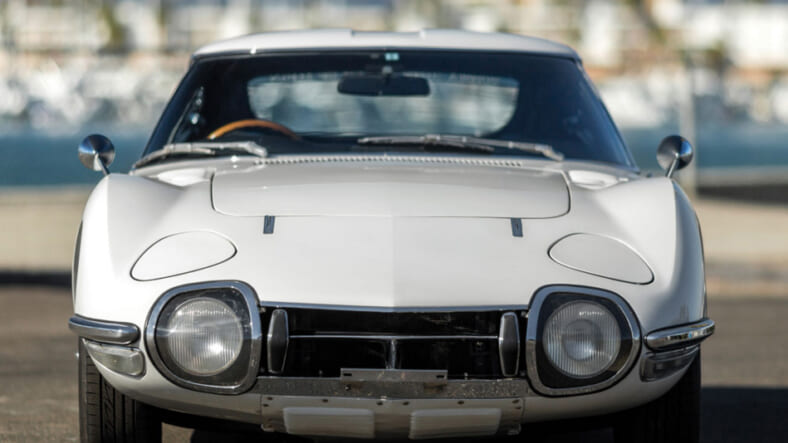 It just might be the greatest sports car to ever come out of Japan.

“Today it is one of the most coveted 1960s sports cars in existence, as well as considered by many to be the most desirable Japanese car ever built,” the venerable auction house crowed in an online ad pumping up the 2000 GT for its January 29th sale.

Debuted at the landmark 1965 Tokyo Motor Show, only 351 of these impossibly sporty two-seaters were ever produced — and just 50 ever made it to American garages.

The GT’s 150 hp, 2000 cc Yamaha-built aluminum hemihead six-cylinder engine might only get you up to a top speed of 135 mph, but then again, this isn’t the kind of car you open up on the track.

Similar 1967 2000 GTs have sold for more than $1 million, and this particular coupe is unsurprisingly aimed at high-end collectors with very deep pockets.

Lavishly appointed in “Pegasus White” (apparently they were fresh out of Unicorn) and boasting a black leather interior, the classic car spent much of its life being coddled like a Kobe beef cow in its native Japan, where it was owned by a “Mr. Fujita” before being imported into the U.S. in 2013.

Those who’ve got the bucks to become its first American owner would do well to contact the sales agents here. Just don’t come crying to us if bidding goes over a million.