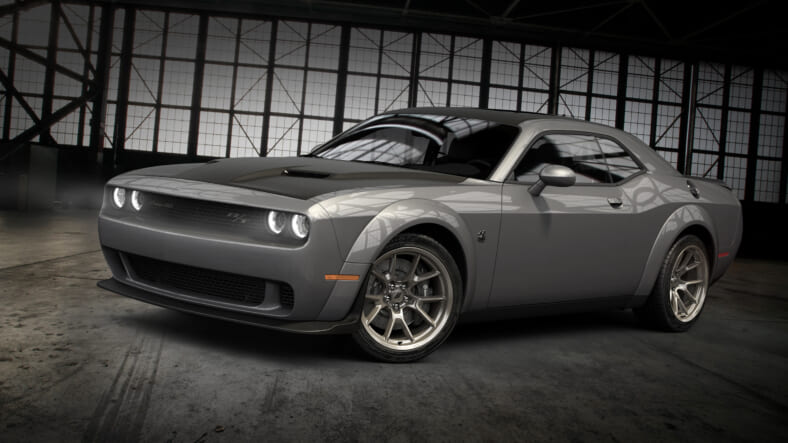 Dodge is continuing its half-century celebration of the musclebound Challenger with a 50th Anniversary Commemorative Edition.

You may recall that the Michigan-based automaker previously rolled out a 50th Anniversary Limited Edition package ‘with a “shaker” hood scoop for four different Challenger trims. While similarly priced, the commemorative edition is slightly more exclusive, as it’s only available on the R/T, R/T Scat Pack and R/T Scat Pack Widebody.

While the Challenger 50th Anniversary Limited Edition is offered across all of Dodge’s color options, the Commemorative Edition palette is available only with the new Smoke Show coat, as well as the Granite, Indigo Blue, Octane Red, Pitch Black, Triple Nickel and White Knuckle paint jobs.

The package doesn’t come up with any mechanical upgrades, which means you’ll either get a 5.7-liter or 392 HEMI V8, depending on whether the R/T or R/T Scat Pack trim is selected.