This would be the ultimate summer ride. 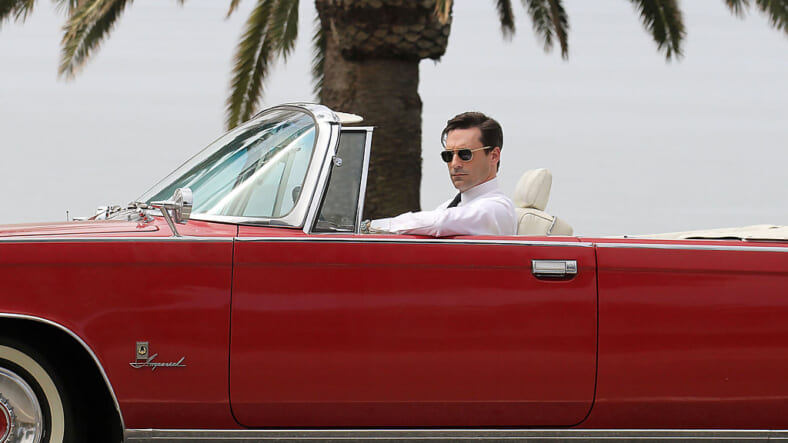 The 1964 Chrysler Imperial Crown Convertible driven by John Hamm as Don Draper during season four of Mad Men is being sold off by the series’ studio Lionsgate on June 1. The online auction, featuring more than 1,500 items from the hit show, will run for 15 days and includes tons of recognizable period-correct props.

Only 922 Imperial Crown convertibles were built and fewer than 200 are believed to exist today, the listing notes. The car features an all-white interior, 413 V-8 wedge engine mated to a 727 TorqueFllite push button automatic transmission. It also has power steering, power brakes, power windows, power antenna for the working AM-FM radio and an electric top.

In highly original condition and a prized collectible even without the celebrity provenance, we expect the Imperial to easily pass the $100,000 mark. Other choice Don Draper lots from the auction worth raising a paddle for include his Ray-Bans, items from his bar cart and chairs from his office.

Hey, the show may be over, but with enough bidding you could practically re-stage the whole thing at home.