Here Are the First Pics of the Weird and Wonderful Donkervoort 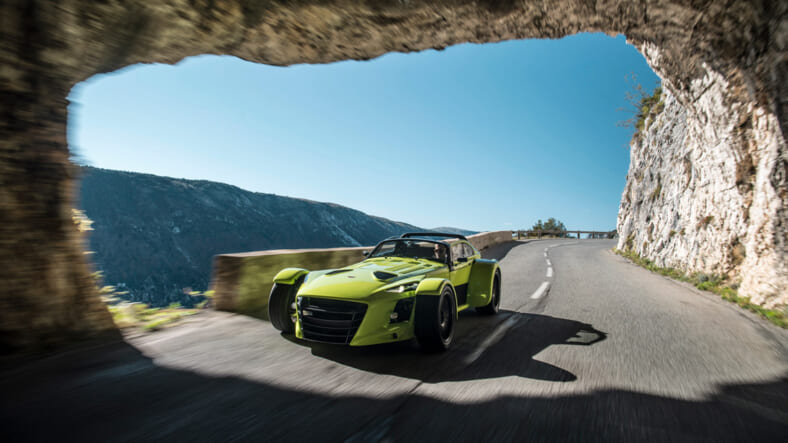 When we last heard from Dutch specialty builder Donkervoort, they had announced the racy-looking new D8 GTO-RS roadster, but we had no photos of this street-legal track car. Now, in ectoplasmic green worthy of Ghostbusters spook, the company has released the car’s details and images.

As promised, the engine management software for the D8 GTO-RS’s Audi 2.5-liter five-cylinder engine has been massaged for improved torque through the rev range.

The RS marks the debut of Donkervoort’s in-house X-Core carbon fiber production technique, which the company says produces stronger and lighter components that make the car drive even better.

Donkervoort says that it has already sold 42 of the planned production run of 65 D8 GTO-RSs, with deliveries of cars ordered now scheduled for January 2018. The price is $160,000. Who ya gonna call?