Bow Down To The New Breed Of Riderless Police Motorcycles

These futuristic beasts are absolutely amazing… 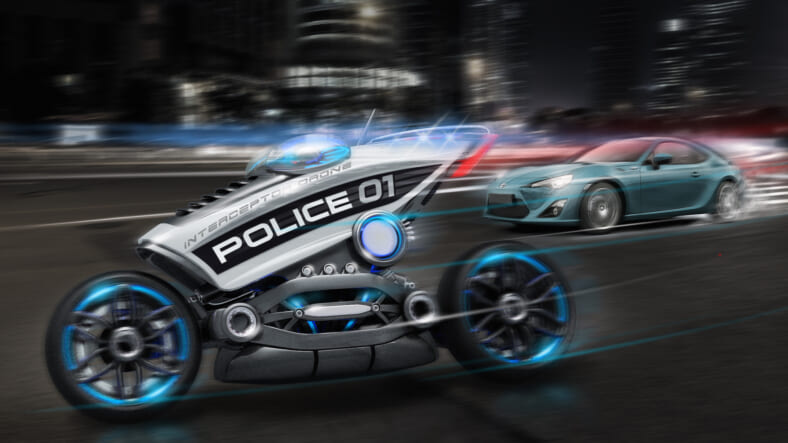 There’s a new wave of riderless police motorcycles that look like they’re ready to lay down the law of the future.

Meet the Interceptor and the Brigade, a pair of two-wheeled Robocops that are built do deliver street justice by relentlessly scanning for violators with high-tech cameras.

With no pesky officer aboard, its 24-horsepower electric motor provides the Interceptor sufficient motivation as it cruises while reading license plates and watching for flagrant offenses. A gyroscope keeps it balanced, even while stopped.

Brigade, meanwhile, channels an angular ’80s superbike vibe while patrolling with its battery of LED lights and security cameras.

Because the Interceptor is unmanned, it can operate around the clock without getting tires, and its silent electric motor will keep it from bothering those of us who do need sleep. It’s pretty damn cool and everything, but we still like Honda’s Interceptor motorcycle of the 1980s—which requires a rider, after all— just a little bit better.

And not just because we have a project ’87 Interceptor in the garage awaiting revival.