This is getting ridiculous. 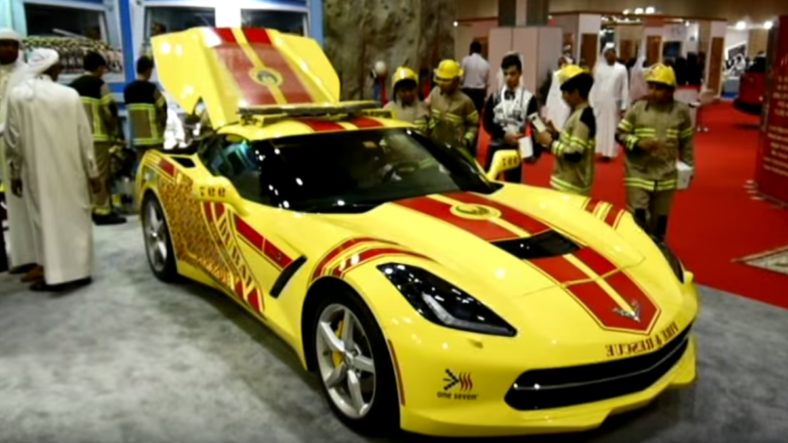 The oil rich megapolis of Dubai has a thing for superlatives. It’s home of the world’s tallest building, the 2,722-foot tall Burj Khalifa. Its Palm resorts are built on an artificial island and visible from the International Space Station. Dubai’s police force has a fleet of exotic supercar pursuit vehicles. And now the city’s incredibly well-funded fire department is building a mini-fleet of Corvette fire trucks.

According to Lieutenant Colonel Hussain Al Rahoomi, Head of Station Affairs Department at Dubai Civil Defense, the city’s four Corvettes have been souped up so they can reach 212 mph in response to fire alarms. The plan, he told GulfNews.com, is to strategically position the four Corvettes along the city’s superhighways, where they will be able to respond as quickly as possible.

Two of the cars are finished and two more are scheduled for delivery later this year, Al Rahoomi said. The cars are equipped with fire extinguishers and first aid equipment.

If you’re wondering what a Corvette can do in case of a fire in the world’s tallest building, no worries. The fire department has also bought freaking jet packs for its firefighters. Really.