This insane hoverbike will be in action by 2020. 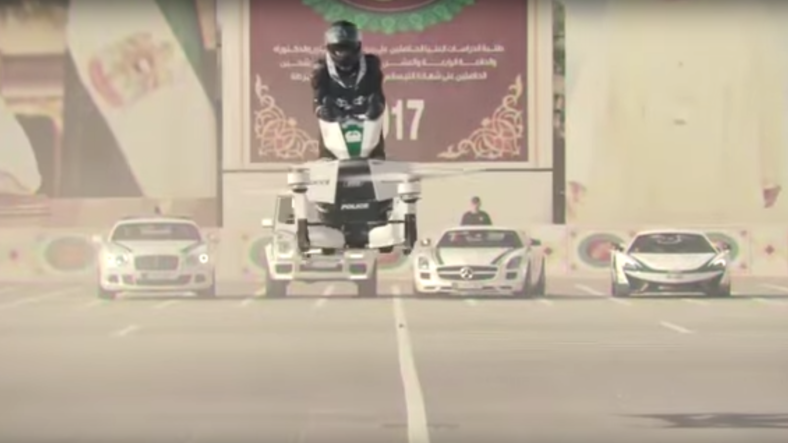 It might be time to consider enrolling in the police academy and moving to Dubai. That’s because the Dubai cops not only have ridiculous rides like Bugatti and McLaren police cars, they have a Hoversurf Scorpion single-seat machine that is a cross between a drone and a Star Wars Imperial Speeder Bike.

A key difference between the fictional speeder bike the the Scorpion is the presence of four whirling propeller blades, which makes the prospect of riding among those spinning blades of potential dismemberment alarming.

Hoversurf CEO Alexander Atamanov confirmed in a 2017 Facebook post that Dubai police signed a memorandum of understanding for the the company to begin—with police support—assembling their bikes.

Now, General director of Dubai Police’s artificial intelligence department Brigadier Khalid Nasser Alrazooqi says the S3 2019 Hoverbike will be used by first responders to gain access areas officers can’t reach on foot or on wheels, and he plans on having them on duty by 2020.

Hoversurf tells CNN they’re not stopping with Dubai—hoverbikes may soon be everywhere. Company chief operating officer Joseph Segura-Conn says the company is “with three companies in different locations around the world” in addition to Dubai.

Dubai is obviously serious, which suggests they’ll need more officers to pilot their new machines. Get signed up at the police academy now to get in on this futuristic trend.