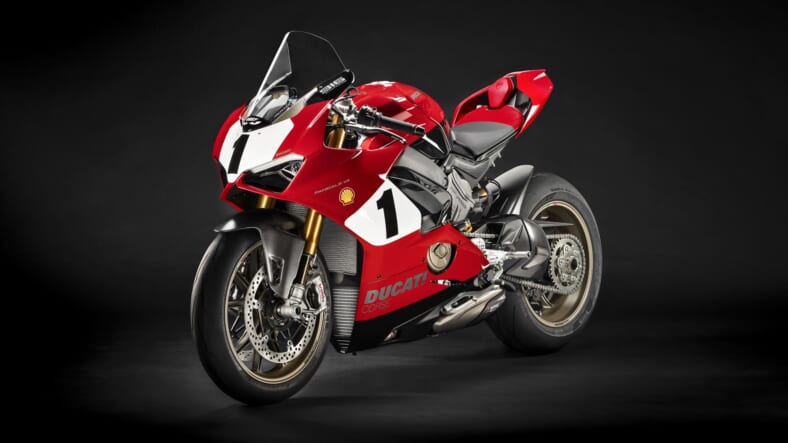 Ducati is celebrating the iconic 916 superbike’s 25th birthday with an exclusive model brimming with racy components.

The Panigale V4 25° Anniversario 916 is based on the Panigale V4 S, a slightly tamer version of their most powerful production bike ever: the V4 R.

Complete with a livery lifted from the 996 SBK—winner of the 1999 World Superbike Championship—the Anniversario 916 serves as a fitting tribute to a historic motorcycle.

Ducati notes that the 916 has won 120 World Superbike races and six riders’ titles since its introduction, four of them with racing legend “King” Carl Fogarty.