Make like the Rocket Man and snap up this classic beauty. 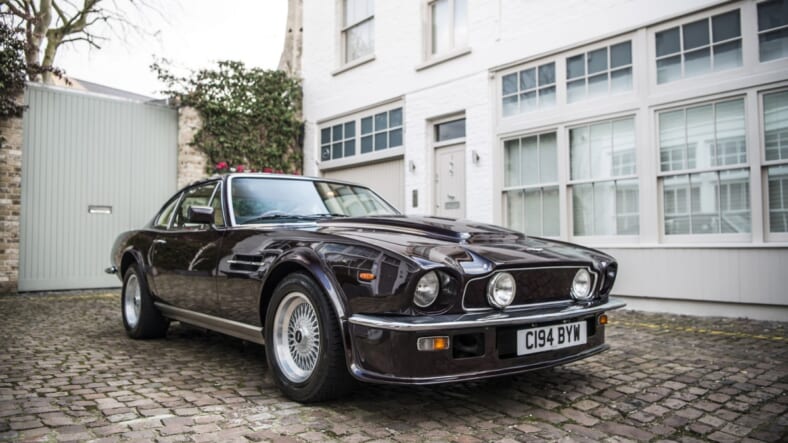 Fiskens, the famed London-based dealer in fine collector cars, is offering a gorgeous 1985 Aston Martin V8 Vantage with a rocking pedigree: its original owner was none other than Elton John.

The V8 Vantage, best known as James Bond’s ride in The Living Daylights, seems almost too understated for the piano-playing diva, who was already a multimillionaire by the early ’80s and had long established himself as a flamboyant fashion icon courtesy of his signature wigs and bejeweled glasses.

Of course, the Vantage is more in line with John’s preppie, straw boater-favoring ’80s look—you know, like in the videos for “I’m Still Standing” and “I Guess That’s Why They Call It The Blues.” The car was ordered new by the singer/songwriter from the Aston Martin Showroom on Sloane Street, London in the summer of ’85, the year he released Ice on Fire and Leather Jackets, two of his less auspicious albums.

The car is presented in its original color scheme of Royal Cherry with Magnolia upholstery and matching Royal Cherry piping and features its sole factory option of detachable head-rests.

The right-hand drive, five speed manual also has the desirable RSW 7.0 Litre engine and gearbox upgrade and comes with the car’s original brochure signed by Sir Elton. Fiskens hasn’t revealed the asking price, but serious offers will surely be considered.