You may be looking at the future of flying. 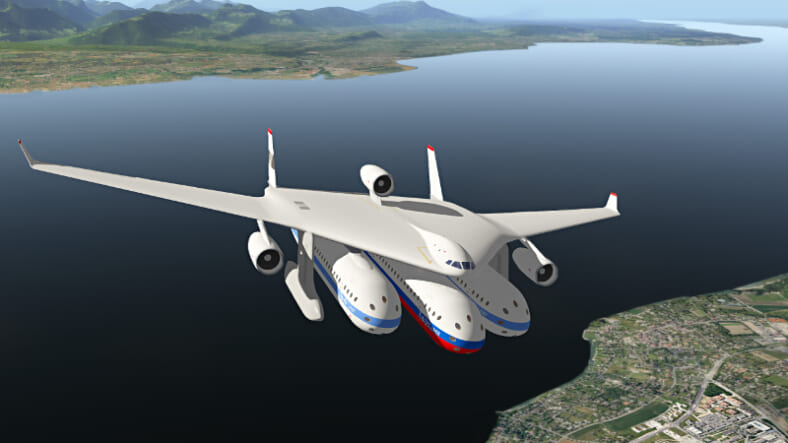 Although the logistics software behind shipping has certainly gotten sophisticated, the basic means of moving cargo great distances—trains, trucks and ships—hasn’t changed a ton in the last several decades. But a Swiss man named Claudio Leonardi plans to change that.Leonardi manages the Clip-Air project at the Federal Polytechnic Institute in Lausanne. The concept is to “decouple the transportation module from its load”—or in plain English, to create a plane that transports interchangeable capsules.

One vision sees the pods transporting people in an innovative way: Imagine boarding a pod on train tracks that’s then air-lifted across the ocean, where it’s placed on road-ready wheels. You could essentially ride a train, plane and bus without ever leaving your seat (aside from the occasional bathroom break).But remove the human element (which involves all sorts of pesky life support systems) and there are a plethora of options for transporting cars, fuel and other freight in ways previously unfathomable. Even better, it could work with a variety of plane sizes, including private jets.Naturally, there are a ton of physical, logistical and safety obstacles to overcome; but at least conceptually, when it comes to these plane pods—to coin an obvious but unavoidable phrase—the sky’s the limit. Check out the video below for more: