“It’s probably the most famous fishing boat in the world.” 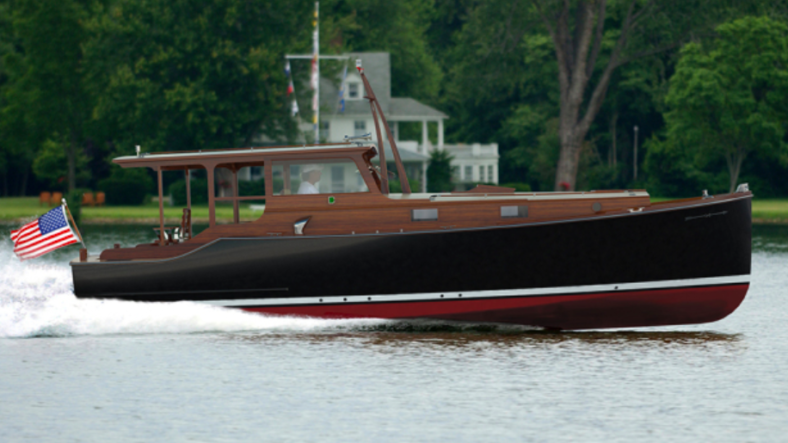 In 2012, Ernest Hemingway‘s niece Hilary explored his old fishing boat for the first time. The 38-foot Wheeler Playmate “Papa” named Pilar after his wife Pauline was just sitting in a berth outside Havana, holding nothing but history.

Hilary Hemingway boarded the boat that day with Wes Wheeler, whose great-grandfather founded Wheeler Shipbuilding in 1910. They measured the Pilar from bow to stern and now—eight years later—a new Pilar has been built from those measurements by the Wheeler Yacht Company and is expected to launch in September.

Robb Report notes that the new Pilar was constructed “at Brooklin Boat Yard in Brooklin, Maine, [and] the reproduction will look like a motor yacht from the 1930s but with modern amenities, including iPad control, a touchscreen nav system, A/C and a stabilizer.”

The new cold-molded mahogany exterior will match its namesake in looks above the waterline, but since its twin 370 hp Yanmars will push it to 25 knots—the original made about half that—the running surface is flatter, with sharper [chines].

“The shape of the forefoot and midsections are not much different,” says naval architect Bill Prince. “Any other changes are subtle.” The price, depending on options, will run about $1.5 million.

Hilary Hemingway says the Pilar is “probably the most famous fishing boat in the world.”

It probably was the most famous at the height of Ernest Hemingway’s fame. The Nobel Prize-winning author piloted the Pilar throughout the Caribbean and had many adventures, including shooting at a shark but injuring his leg instead.

Learn more about the new Pilar as well as the Wheeler Yacht company’s other offerings at wheeleryachts.com.