Watch your back, Elon. 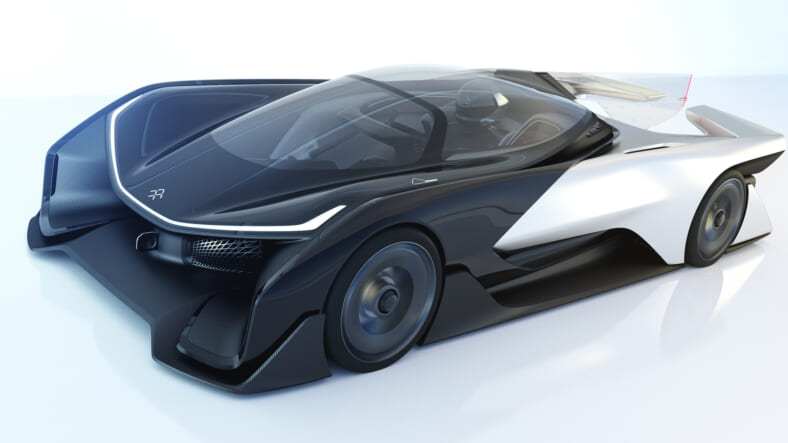 A year after unveiling an incredible racing-style concept car, Tesla challenger Faraday Future will use the 2017 Consumer Electronics Show in Las Vegas January 5-8 to introduce its planned production electric vehicle.

Obviously this model, which is intended for actual everyday use by normal drivers, will not much resemble the company’s amazing concept, but the point of that concept was to illustrate the flexibility of Faraday Future’s chassis, which could be used for last year’s 1,000-horsepower FFZERO1 concept or for the more practical production model.

“This first product will be a premium electric vehicle that combines extreme technology, industry leading range, and holistic design,” Faraday said in a statement.

At the Faraday car’s heart is its Variable Platform Architecture, which uses a variable-length chassis carrying four electric motors.

The company tweeted out a nonsensical image in making the announcement that the car will arrive at CES. But perhaps it is a philosophical hint of its styling themes, judging from comments by Page Beermann, Faraday’s chief designer of exteriors. At CES 2016, he said, “A distinct UFO line circles around the center of the sculptural body, creating an undeniable sense that this car is not of this world.”

So there it is: brace for UFO sightings in Vegas when the Faraday production car arrives.