Ferrari Is Unleashing A Massive Fleet of Special Edition Supercars

They’re doing it to celebrate their 70th anniversary. 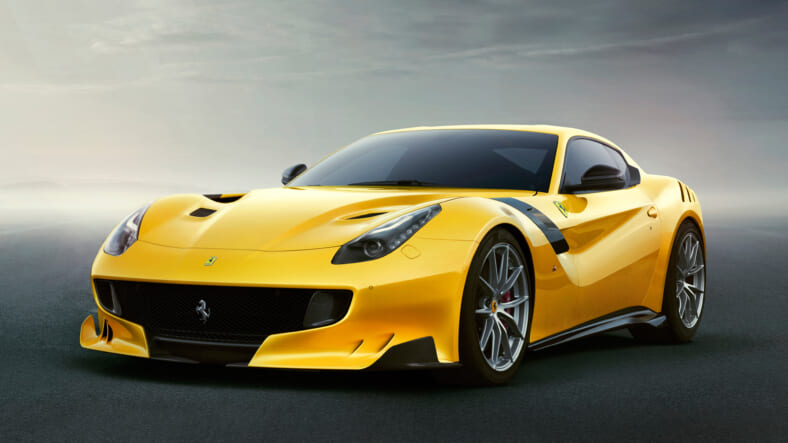 Fans of the Prancing Horse, rejoice–Ferarri is about to release 350 wonderfully unique, special edition supercars.

The news was announced at last weekend’s Ferrari Cavalcade owner’s roundup in Venice, company marketing boss Enrico Galliera told Ferrari’s best customers to open their wallets and place orders for a planned run of 70 special editions of each of Ferrari’s current models to celebrate the 70th anniversary.

Britain’s Autocar reports that he told attendees that after poring over cars from the company’s history, Ferrari employees have identified what they think are the most iconic interior and exterior schemes that can be applied to today’s models.

“This means we are going to be producing and delivering 350 unique pieces,” he told customers. “Every single car will be unique,”

The 780-horsepower V12 F12tdf is Ferrari’s most recent special edition and demand for the 799 units Ferrari plans to build has driven values skyward even as the company is still building them.

Because of this kind of demand from demanding people, selecting the lucky 350 buyers is a challenge, conceded Ferrari boss Sergio Marchionne.

“It is painful, it is something I wish I did not have to do, but it is required by the brand, and so if there is anyone in this audience here I might have mistreated in this process I apologize up front,” he told the audience.

The rest of us will have to satisfy ourselves with this video of the 2016 Ferrari Cavalcade in place of buying a new limited edition supercar.