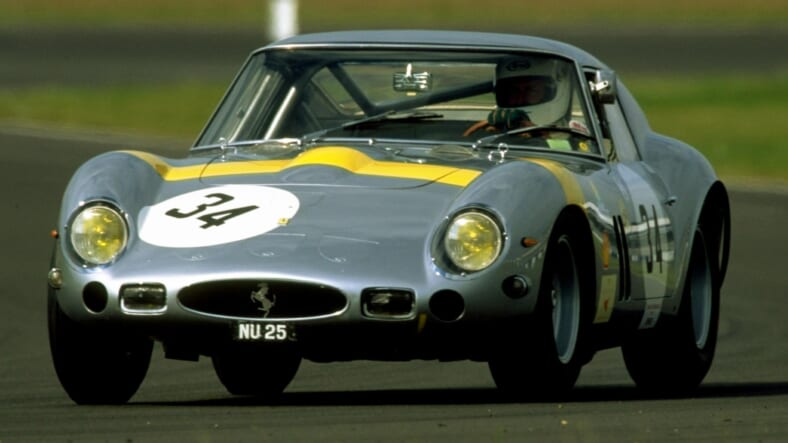 The “Holy Grail” of classic cars is a Ferrari that fetched a record-setting $70 million at auction. That’s as much as the world’s most expensive private jet.

This particular 1963 model, serial number 4153 GT, won the Tour de France in 1964. Its rich racing history is what imparts such staggering value.

It typifies the famous versatility of the 250 GTO by having competed in circuit races, road races and rallies, endurance racing and hillclimbs. In its first two years it was raced by the famous Belgian teams Ecurie Francorchamps and Equipe National Belge – hence the yellow stripes on its silver bodywork.This 250 GTO also finished fourth in the 1963 Le Mans 24-hours, driven by Pierre Dumay and Léon Dernier, and won the prestigious but tough ten-day Tour de France road race in the hands of Lucien Bianchi and Georges Berger in 1964. In 1964–’65 alone it competed in 14 events, including the Angolan Grand Prix in Africa.It went on to be raced in Spain from 1966 to ’69 by owner/driver Eugenio Baturone. Things went quiet for the GTO after that until the late 1980s, when it was bought by Frenchman Henri Chambon, who drove it in a number of competitive historic events and rallies, before selling it in 1997 to the Swiss Nicolaus Springer.Springer also competed in the car, including two outings at the Goodwood Revival. He sold it in 2000 to a German, Herr Grohe, for around $6.5m. The car was then sold three years later to German Christian Glaesel, another keen historic racer.

The 4153 GT is believed to have been scooped up by an American collector. See it in action below: