Hey, they didn’t name it the Superslow. 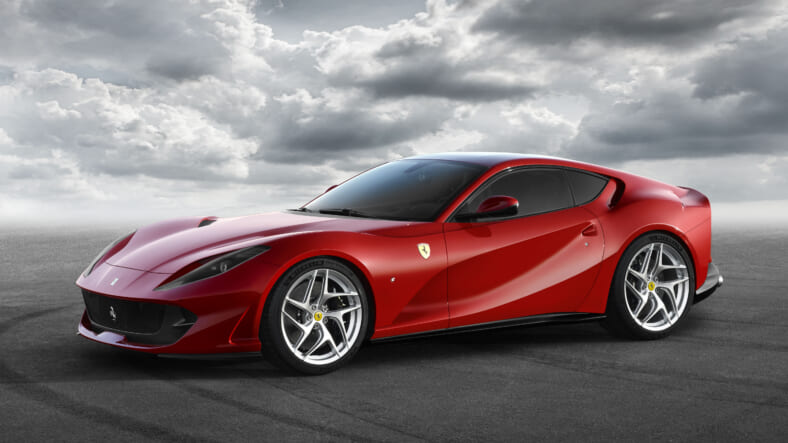 Ferrari marks the 70th anniversary of prancing horse V12 power with a new 6.5-liter engine that produces 789 horsepower for the new 812 Superfast. The front-engined V12 flagship, replaces the F12berlinetta and F12tdf in the lineup, makes it first public appearance at next month’s Geneva Motor Show.

The car’s new engine employs high-pressure direct fuel injection and variable-length intake intake runners to maximize its naturally aspirated performance. It produces 530 lb.ft of torque at 7,000 rpm, but the variable intake system contributes to its ability to crank out 80 percent of that at just 3,500 rpm.

The 812 Superfast employs a dual-clutch transmission, whose quicker gear changes contribute to a 0-to-62 mph acceleration time of 2.9 seconds. The official top speed is “greater than 211 mph.”

Drivers will pilot the aptly named Superfast at those speeds using, for the first time in a Ferrari, electric power steering rather than the traditional hydraulic system of assistance. This permits integration of the power steering response into the 812’s various electronic assistance systems, such as the Side Slip Control for drifting and version 2.0 of the Virtual Short Wheelbase rear-wheel steering system pioneered on the F12tdf.

The 812 Superfast’s styling is meant to recall the high-tail fastback look of the 1969 365 GTB4, with a short tail and powerful wheel arches. The quartet of circular taillights are also a tribute to historical Ferrari design.

The car wears a new shade of Ferrari’s signature red, called Rosso Settanta, to mark the company’s 70th anniversary. Color us impressed. We can’t wait to see the 812 Superfast in Geneva.