Ferrari Just Gave One of Its Cars a Fancy New Name

The FF has been redesigned and rebranded as the GTC4Lusso. 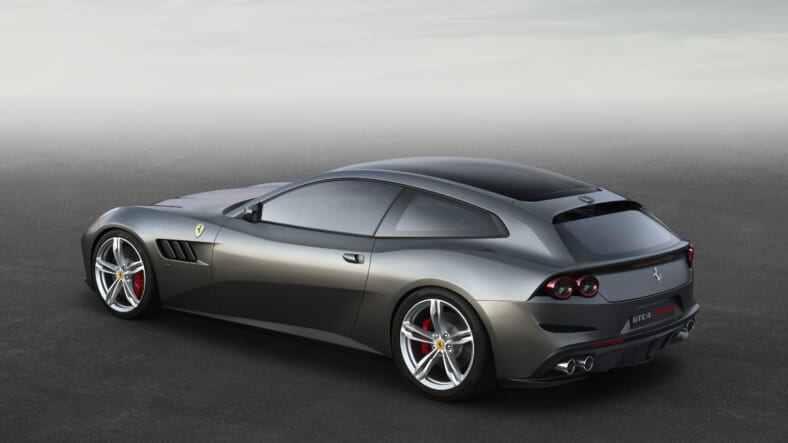 Ferrari aims to rev up interest in its 2+2 Grand Touring car with refreshed sheetmetal, updated powertrain and a brand new moniker. The GTC4Lusso replaces the FF as the company’s all-season, all-wheel drive, V-12 performance coupe.

The new name is a tribute to the 330 GTC and to the 250 GT Berlinetta Lusso, cars apparently named back when Ferrari’s space bar still worked. The GTC4Lusso notches a quad trifecta, adding four-wheel steering to its four-wheel-drive and four seats.

The 681-hp machine wears new styling penned by Ferrari’s in-house Ferrari Design studio as an update to the basic proportions of the FF, which has met lukewarm interest from fans and buyers. A new grill, fender vents and roof-mounted spoiler contribute to trim the GTC4Lusso’s drag coefficient “substantially,” according to Ferrari.

Inside, the car features a smaller-diameter steering wheel and a larger infotainment display. The new touch screen stretches to 10.25 inches, while a more compact air bag permits the steering wheel to be correspondingly smaller.

The FF, despite its controversial styling, found a younger audience of buyers than other Ferrari models and those customers drove the four-seater about 30 percent more miles each year than owners of other Ferraris.

The GTC4Lusso will be officially introduced at the Geneva Motor Show in March.