How do you say “680 horsepower” in Japanese? 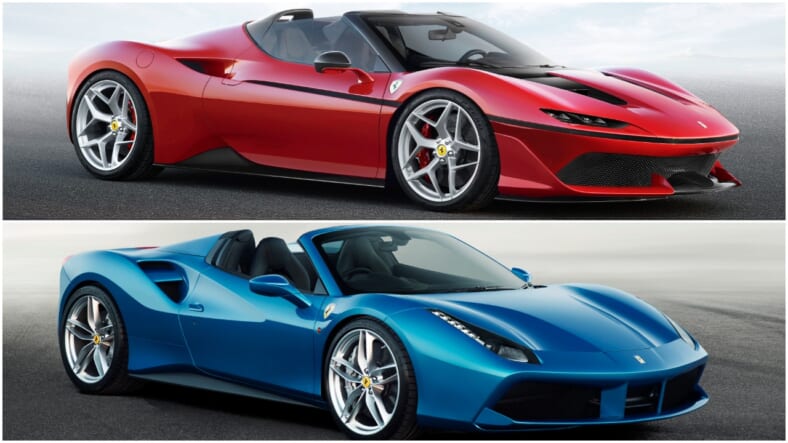 1966 was a banner year for dudes, and we are now wrapping up the last of the 50th anniversaries of that year’s landmark events. Chevy introduced the Camaro, Star Trek debuted on NBC, Cindy Crawford was born and in Japan, Ferrari threw the welcome mat on the front doorstep of its Japanese office. In commemoration, the company has introduced the limited-production J50.

OK, it’s a rebodied 488 Spider wearing edgier new sheetmetal and using a retuned version of that car’s 3.9-liter twin-turbo V8 that is rated at 680 horsepower. As you can see, the J50’s bodywork is totally different, though the car remains recognizable as a Ferrari.

Headlights on the J50 are minimal horizontal LED units in place of the vertical lights reaching up the 488’s fender, while the rear features quad taillights and a jet fighter-inspired diffuser that combine to visually widen the J50’s tail.

Despite the J50’s rarity, it should still be easier to get than a date with Cindy Crawford.