The 950 HP beast is the most powerful street-legal Ferrari ever built. 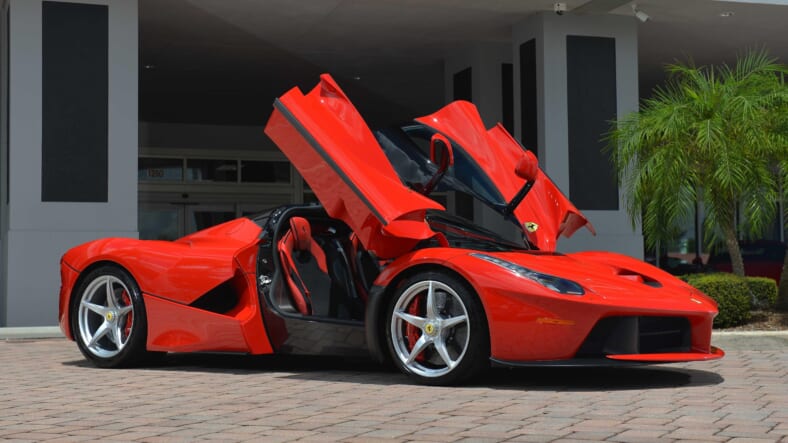 When the Ferrari LaFerrari debuted in 2014, they were literally impossible to get, even if you had $1.4 million lying around. Within days of its announcement over 1,000 (very rich) people applied to buy one of just 499 cars slated for production.

In order to even be considered for the waiting list, you had to own five other Ferraris already, and be considered a valuable customer by the iconic marque.

The 950 hp hybrid rocket is the most powerful street-legal Ferrari ever built and can do 0–62 mph in less the 3 seconds with a blistering top speed of 217 mph.

These days they’re hardly easier to acquire – most are locked up in collectors’ vaults climbing in value and none has ever been publicly offered for sale. Until now.

There are in fact two of them being auctioned off during Monterey Car Week and the Pebble Beach Concours d’Elegance.

Bonhams is offering a classic red version with only 230 miles on the clock, while Mecum has one of only three ever to leave the factory in matte black paint.

So get ready to make some space in your own vault – and a commensurate hole in your bank account….