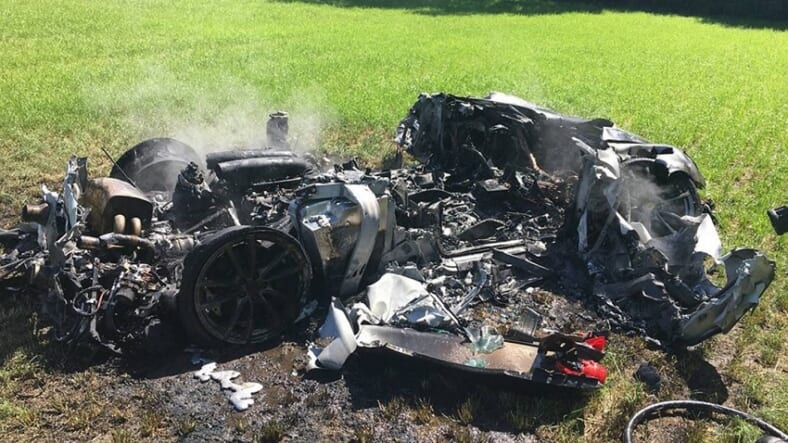 This will probably be physically painful for any car lover to see—a quarter-million dollar Ferrari 430 Scuderia reduced to a smoking wreck. The thing is only barely recognizable as a car at all. Even worse—according to the South Yorkshire (UK) Police, this unfortunate luxury sports car met its fate just an hour after the owner received it.

According to a post on the department’s Facebook page, this wreck was the source of a serious traffic tie-up. The post also hinted in a stereotypically polite, English way that the driver may have been his own worst enemy.

Whatever the driver was doing, however, The Drive reports that police found speed wasn’t the issue here so much as ignoring weather conditions. The road was wet at the time.

It’s a real powerhouse, too, able to zip up to 60 mph in a just over three seconds.

We’re sure the unfortunate owner of this hunk of junk is incredibly sad to have lost his ride so quickly, but he was lucky to walk away with just a few bumps and scrapes.

As if this wasn’t depressing enough, watch the 2010 Top Gear review of the 430 below. As far as the show’s former host Jeremy Clarkson was concerned, it was a damn near perfect car.