Final Acura NSX Supercar to Be ‘Best Performing’ Version Yet 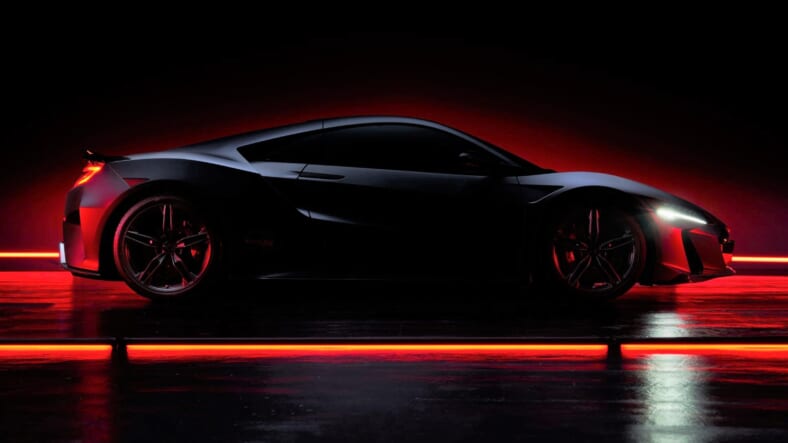 After two generations of serving as an affordable hi-po alternative to pricier European supercars, the Acura NSX is getting a properly potent sendoff with the limited-edition Type S.

It’s promised to be the “best performing road-legal NSX ever,” pushing the hybrid platform to deliver more power, quicker acceleration and tighter handling. That’s all a tease for now, as Honda’s luxury sub-brand didn’t reveal any specs other than to say the twin-turbocharged V6 and Sport Hybrid SH-AWD system will be “enhanced.”

The Acura NSX was debuted in 1989 to much acclaim as the first aluminum-bodied exotic and was produced through 2005. The second-generation debuted 11 years later in 2016 to take Road & Track’s “Performance Car of the Year” title before swooping Motor Trend’s “Best Hybrid Performance Car” award in 2020.

But by limiting production of the final NSX to just 350 units, Acura is betting that the the new Type S will join the legions of collectible first-gen NSX models, like the 1999 NSX Zanardi Edition and the Japanese Domestic Market-only NSX-R and NSX Type S-Zero.