It’s the end of an era for this classic off-roader. 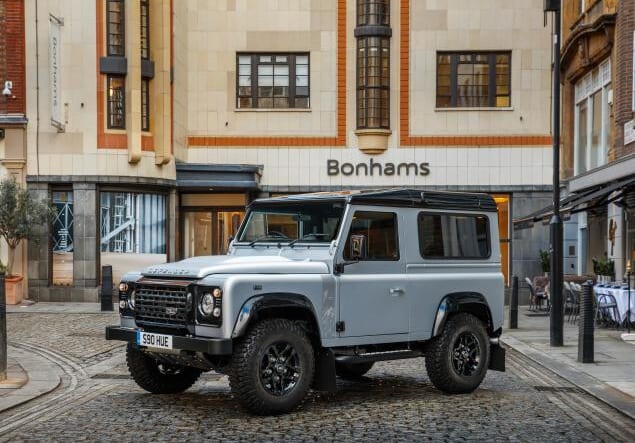 The #Defender has travelled far and wide, creating iconic #DefenderJourneys across the world. Come back tomorrow to find out how you can be part of the story. #offroad #4×4 #SeriesLandRover

A crowd of workers at the Jaguar Land Rover plant near Birmingham, England cheered as the last one rolled off the line with its lights flashing and horn blaring.

Join us as we celebrate the last 68 years of #Defender. Visit landrover.com/defenderjourneys to submit your most memorable #DefenderJourneys and moments to our interactive map and become part of the story. #Icon #Automotive #SeriesLandRover

Jaguar Land Rover did not say why the Defender—which hasn’t been available in the U.S. since 1997— is being discontinued, but it has been speculated that the model could no longer keep up with rigorous emission and safety regulations.

It also took nearly 56 hours to produce the mostly hand-built Defender, making it far more time-consuming than other vehicles.

While you reach for that Kleenex to shed a few final tears, enjoy this video of last year’s Defender Heritage Edition in action.