Give It Up For the Florida Man Who Allegedly Tried to Steal a $150,000 Maserati GranTurismo

People tend to notice when you take off in their supercars. 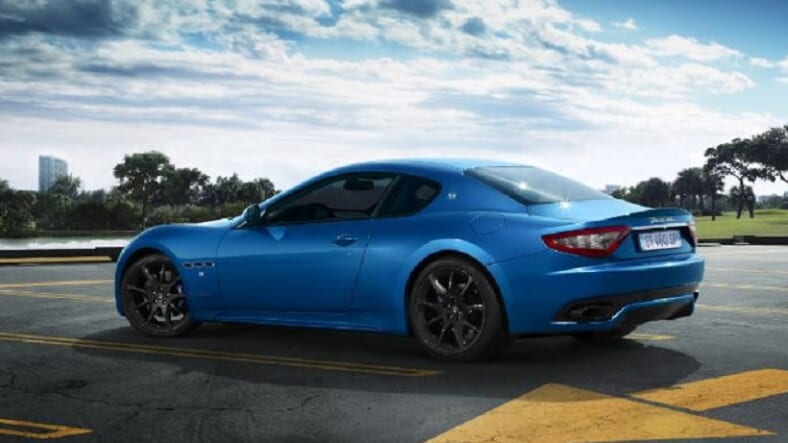 We were certainly taken with the car when we got to check out a Maserati GranTurismo Sport a few years ago—Maserati makes incredible, dreamy, luxury vehicles. Florida man Michael McGilvary II, age 45, allegedly took an understandable Maserati attraction too far, though—Boca Raton police say he took off with a $150,000 Maserati GranTurismo during a test drive and didn’t come back.

The Sun-Sentinel article about McGilvary’s alleged grand theft is kind of funny until you remember the guy could end up spending years in jail if convicted. Police reports indicate he entered a Ferrari-Maserati dealership and after showing his license took a test drive in a 2016 GranTurismo. He was—of course—accompanied by a salesman.

McGilvary reportedly took the sales associate to the Boca Raton Resort and Club where he claimed he wanted to show off the ride to his girlfriend. Things allegedly went south from there, reports the Florida paper:

McGilvary parked the car at the resort at 501 E. Camino Real, but kept its engine running. He persuaded the salesman to accompany him to the resort’s dock because he “wanted to show him his dad’s boat.”When the boat wasn’t there, McGilvary left the employee alone, saying he was going to get his girlfriend.After about a half-hour, the salesman got suspicious and spoke with a resort valet who told him McGilvary drove away in the car at least 20 minutes earlier.

Of course, stealing is bad. Stealing anything worth more than $100,000 is even worse. But still, you have to admire the cojones on anyone who would pull such a huge bait-and-switch thinking they might get away with it.

Because if police are correct about McGilvary’s actions, he certainly won’t get away with it. Still, when Boca Raton PD used the info from the man’s license to find him he answered a handful of innocuous questions before shutting down completely once investigators mentioned the missing supercar. After watching security video from the dealership, McGilvary even denied it was him in the footage.

Michael McGilvary is apparently also facing charges in another matter so he’s currently in federal custody. It’s unclear as to whether the GranTurismo has been recovered yet.

This not even the first case from recent years of someone using a ruse to take off in this model Maserati. In 2013 another man allegedly took an unauthorized two-day jaunt in a GranTurismo after tricking a garage attendant into believing he was just taking the car to get it serviced. Slick.

Possibly spending a big chunk of time in federal prison isn’t worth it, but when it comes to a Maserati like this, we do kind of get the motivation.