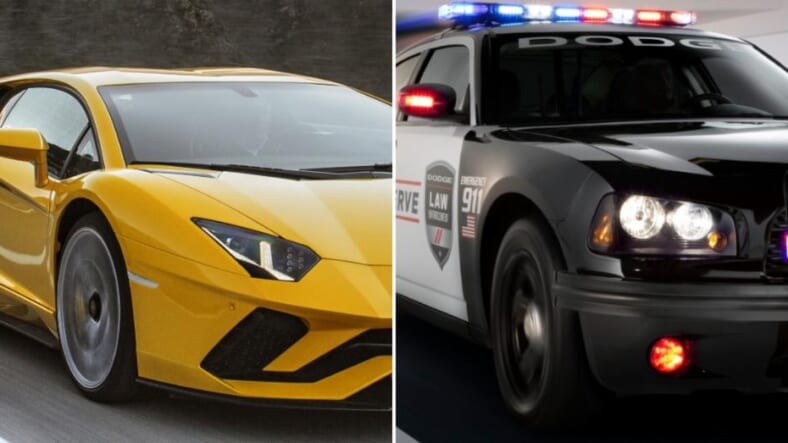 “To protect and serve?” Or “To get thumped in a lame attempt at street racing an obviously faster Italian exotic car?” That motto seems more appropriate for this member of the Florida highway patrol caught on dashcam initiating a roll-race with a Lamborghini Aventator.

Because the officer’s Charger patrol car was not a Hellcat, it did not go well.

The officer pulls alongside the Lambo in the left lane and initiates a roll race. When he floors it, the Lamborghini driver watches for a second to be sure the cop really is gonna do this, then he says “punch it, Chewy” and the world goes blurry as the Aventador’s 6.5-liter V12 vaults the Lambo into hyperspace.

Naturally, outrage ensues. The video isn’t great, so it is hard to be sure whether the cops will be able to identify which of their brothers made the mistake of breaking the law while on video. If they do sort it out, it is likely to be even uglier than his roll racing defeat at the hands of the Aventador driver.

Oh, and doesn’t the whole thing remind you of something?