He just can’t seem to help himself. 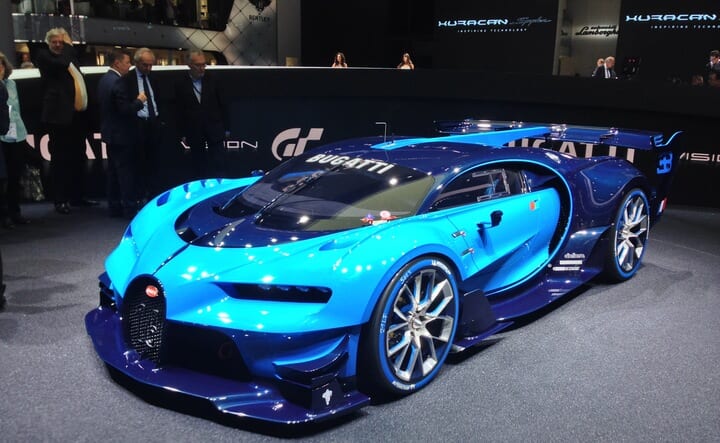 Floyd Mayweather is bonkers for Bugattis.

The supercar-obsessed pugilist is in the process of upgrading his considerable Bugatti collection, reports TMZ Sports, and sold one of his older rides to make room for the Chiron, which isn’t even out yet and won’t be delivered until spring.

The Chiron is a truly mind-boggling beast with an 8.0-liter W-16 engine that uses four turbos to fire up 1500 hp and hits an estimated top speed of 288 mph.

And it won’t even be the priciest car in Floyd’s garage—that gaudy distinction likely belongs to this $4.8 million Koenigsegg CCXR Trevita that he characteristically showed off on Instagram last year.

My new 4.8 Million dollar car. $4,800,000.00 Koenigsegg CCXR Trevita supercar KOENIGSEGG Is An ULTRA Boutique Automobile Manufacturer For The Super Rich. KOENIGSEGG made only 2 TREVITA'S for the World, and this is No.2 of 2. In addition it is the only USA Spec TREVITA Built in the World. The Origin of the car is Sweden. The word TREVITA means “3 Whites”. It is beyond a Super Car, and is classified as a ” Hyper Car”.

But while the automotive unicorn known as the Chiron has yet to be glimpsed in public, we hear that it will bear a strong resemblance to Bugatti’s Vision Gran Turismo concept shown at the Frankfurt Auto Show.

What, you’d rather see renderings? From the looks of these beauties, Floyd is in for one hell of a tricked-out ride when his Chiron comes callin’.