This Flying Car Will Be Ready for Take-Off By 2018

Because self-driving vehicles are so 2016. 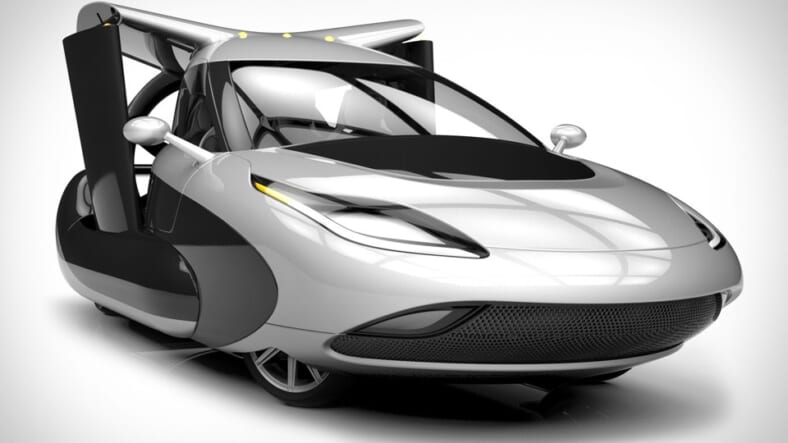 The Terrafugia flying car has been talked about for a number of years. But the Massachusetts-based company now says that a full-size prototype of its four-passenger TF-X is expected to be ready for testing by 2018—but won’t be available for sale until 2025.

Driven by a 300 hp engine, the futuristic, $260,000 vehicle will have a cruising speed of 200 mph along with a 500-mile flight range, meaning it would get you to work a hell of a lot faster than anything driving on the road. It’s equipped with fold-out wings with twin electric motors attached to each end that deploy once it takes off.

With the wings folded, the TF-X is compact enough to be parked in the garage and it can use ordinary streets for takeoff and landing—provided, we assume, that they’re free of traffic.

You won’t need a pilot’s license, given that the car will be semi-autonomous and can steer itself, though you’ll be able to override any bad decisions. A scale model is currently being tested at the Massachusetts Institute of Technology (MIT) and if all goes according to plan, you’ll be making like George Jetson in no time.