The Ford GT Mk II is tailor-made for the track. 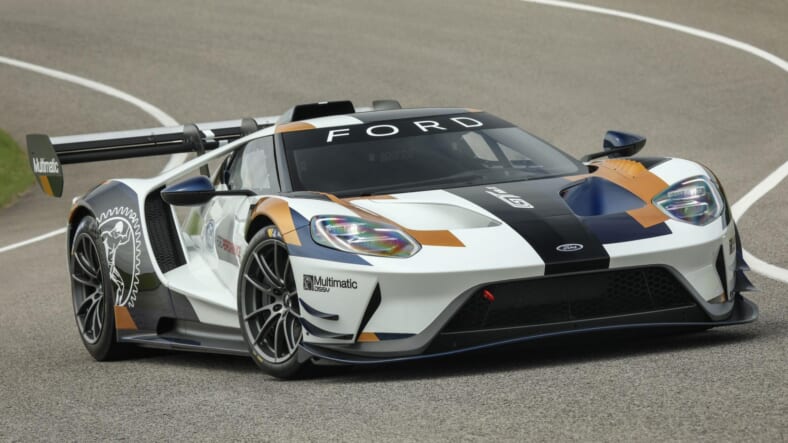 Before the 2020 Mustang Shelby GT500 arrives to take the title of most powerful Ford ever, the automaker has dropped a souped-up GT to reign in its absence.

Unlike the forthcoming ‘Stang, the GT Mk II is NOT street legal. Its 3.5-liter, tubro-charged V6 produces 700 horsepower, up from the 647 hp you get in the road-going version. The engine is mated to a seven-speed dual-clutch transmission that’s uniquely calibrated for aggressive driving.

Thanks to those upgrades, a race-bred suspension and Michelin Pilot Sport tires, this thing can pull 2 Gs around a corner. Fox News notes that Ford didn’t release performance specs, but we can only imagine how much faster it is than the stock GT, which hits 60 mph in three seconds flat and tops out at 216 mph.

Other speedy features include carbon-ceramic Brembo brakes, 19-inch forged aluminum wheels, and a badass roof-mounted intake that helps cool the engine down.

The supercar also has a performance cockpit with a Sparco bucket seat (the passenger seat is optional), six-point harness and a high-tech data system that collects telemetry readings.

If you’re a track junkie who’s looking for a new ride, act fast: Only 45 GT Mk IIs are available right now for a cool $1.2 million.