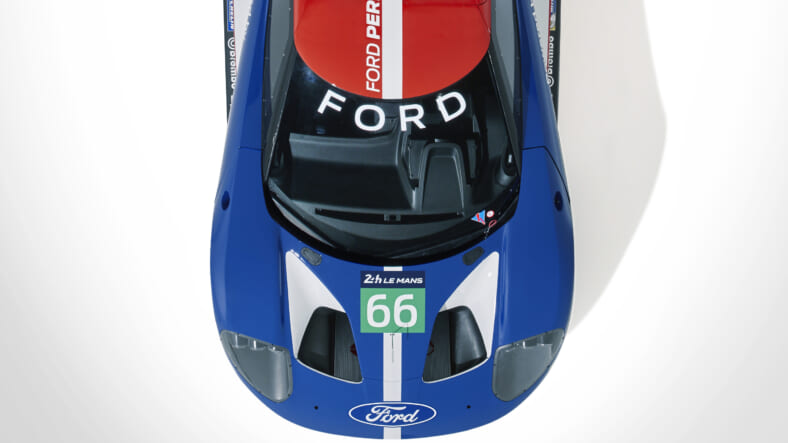 Ford‘s forthcoming GT supercar boasts a windshield made from Corning Inc.’s Gorilla Glass, the same stuff Apple introduced to the world with the iPhone.

Gorilla Glass is lighter and stronger than conventional glass, trimming 12 pounds of weight from the car while providing superior protection to occupants from projectile impacts at the beastly muscle car’s 200-plus mph top speed.

The glass will be used in the windshield, rear window and glass engine cover. All car windshields are multiple layers of glass and plastic sandwiched together.

Unexpectedly, Ford engineers found that the best use of Gorilla glass is on the innermost layer, rather than the outside one. This video shows that advantage, starting at the 7:02 mark.

“During development, we tried different glass variations before we found a combination that provided both weight savings and the durability needed for exterior automotive glass,” said Paul Linden, Ford body exteriors engineer.

“We learned, somewhat counterintuitively, that the strengthened interior layer of the windshield is key to the success of the hybrid window.”

Windshields are usually 4-6 mm thick, but the GT’s glass is only 3-4 mm thick, which corresponds to a similar reduction in weight.

Critically, the weight of window glass in cars is high in the vehicle, so reducing that mass from the top of the car not only reduces weight, but it also lowers the car’s center of gravity for better handling.

The industry-first use of Gorilla Glass could make the Ford GT the Apple iPhone of the car industry. No, we won’t all have one in five years. But the car’s use of this technology could lead to its widespread adoption even among mainstream cars.

“We believe lightweight, tough, optically advantaged Gorilla Glass for Automotive is a game-changer for the industry, and we’re thrilled to work with Ford to bring it to market,” said Wendell P. Weeks, chairman and CEO of Corning Inc.