The 2019 Shelby GT500 Mustang Should Hit at Least 200 MPH, According to Leaked Documents 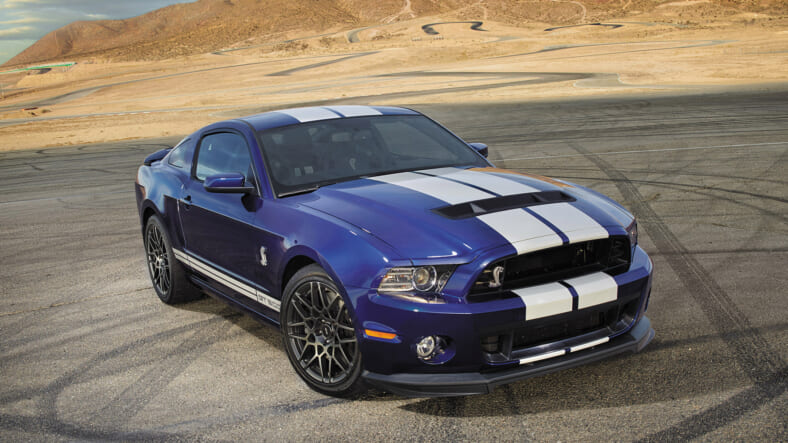 New details that come directly from Ford reveal that the Shelby GT500 Mustang is going to be a billowing monster.

The Truth About Cars picked up specs from the American automaker’s OEM service portal and deduced that the freakishly fast muscle car will have a top speed of at least 200 MPH.

Wiring diagrams show what appears to be a supercharged 5.2-liter V8 that TTAC estimates could produce around 750 horsepower.

It looks as though the GT500 will employ a 10-speed automatic gear box and a pair of monstrous carbon ceramic brakes to bring all those horses to a halt.

Messages from Ford’s updated VIN decoder indicate that models will also be offered with a supercharger-less 5.2-liter V8 and 2.3-liter 4-cylinder EcoBoost.

An official GT500 announcement could come any day now, so stay tuned.