The Shelby-powered Raptor will be one mean off-roading machine. 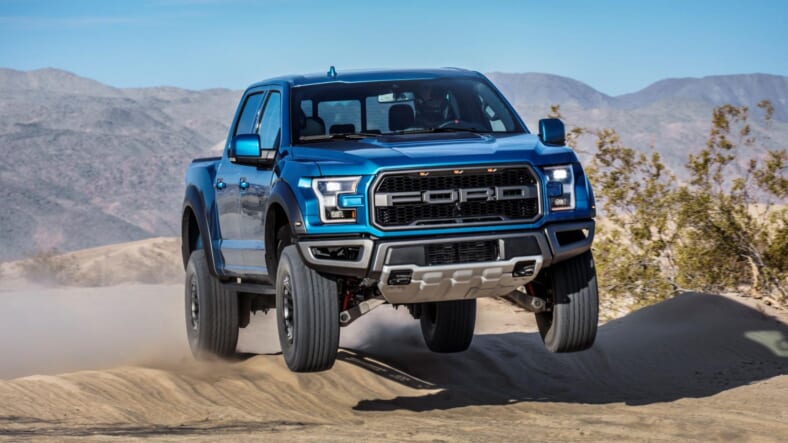 The same musclebound engine that’s set to make the 2020 Mustang Shelby GT500 the most powerful Ford model ever will serve double duty in the F-150 Raptor.

Multiple inside sources tell Car and Driver that a “super-Raptor” with the pony’s supercharged, 5.2-liter V8 under the hood is being built as a sendoff for the current-gen F-150.

In the ‘Stang, the same V8 is slated to crank out in excess of 700 horsepower. A similarly high output should be expected when it replaces the Raptor’s current twin-turbo, 3.5-liter V6, which is rated at 450 hp.

As for transmission, Car and Driver says that Ford and GM’s 10-speed automatic makes sense, given that it already handles the 650-hp Chevrolet Camaro ZL1’s supercharged, 6.2-liter V8.

The brutish truck could serve as Ford’s answer to the Ram Rebel TRX. That pickup’s power plant hasn’t been officially confirmed, but both Car and Driver and Motor 1 have reported that it’ll pack a 700-hp-plus Hellcat V8.

The Mustang-powered Ford F-150 Raptor won’t arrive until 2020 at the very earliest, at which point it could easily cost upwards of $70,000.