Everything you need to know about the most powerful Ford ever. 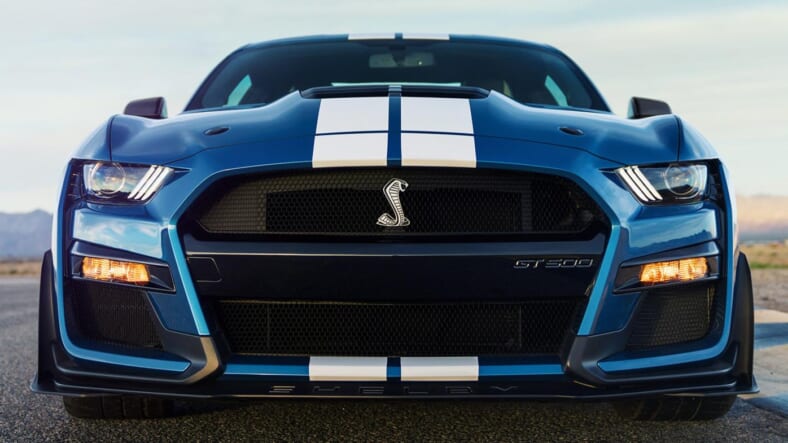 After promising that the 2020 Mustang Shelby GT500 will be Motor City’s most powerful production car ever made, Ford revealed exactly how many horses will be under the raging pony’s hood.

The news comes via the badass teaser video above and what Inside Hook calls “the shortest press release of all time.” They’re not joking—here it is in full:

Venomous strike: The all-new 2020 Mustang Shelby GT500 will produce 760 horsepower and 625 lb.-ft. of torque, making it the most powerful street-legal Ford ever – with the most power-and torque-dense supercharged production V8 engine in the world.Enough said.

For comparison’s sake, Carscoops notes that the forthcoming flagship ‘Stang has a higher output than the 650-HP 2019 Chevrolet Camaro ZL1 and the 707-HP 2019 Dodge Challenger SRT Hellcat.

It’s still 37 horsepower shy of the latter’s totally ludicrous Redeye variant, which by all accounts requires a seasoned driver to get around a track. The GT500, however, should be more agile.

As we previously reported, Ford inverted the supercharger to lower the center of gravity and added a race-bred MagneRide suspension. Both design features should serve the muscle car well in the corners.

Will it be able to compete with European supercars with similar power like the 710-hp 2019 Ferrari 488 Pista on anything other than a drag strip? Probably not, but it also won’t cost anywhere near the Prancing Horse’s $345,300 base price.