Watch This Crazy Formula 1 Driver Race Down a Ski Slope

The ballsy speed freak boldly pulled off the impossible. 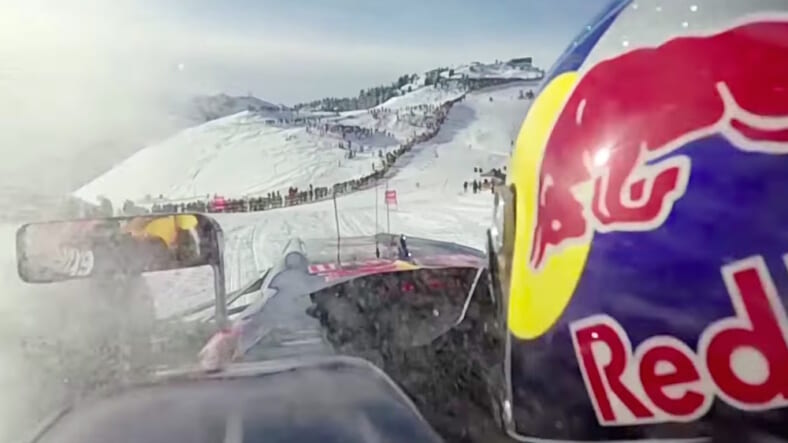 In a potent bid for YouTube virality, the Dutch-Belgian speed freak took his Formula 1 racer for a ride down a snow-coated ski slope. Anyone with half a brain can see this is a recipe for disaster, but Verstappen managed the impossible.

According to CNET, his Red Bull RB7 racecar had to be flown by helicopter to the summit of the perilous Streif ski slope in Kitzbühel, Austria. From there, Verstappen had to go back down the only way he knew how—by putting the pedal to the metal.

Below, watch the thrilling video taken from his Formula 1 race car. You’ll feel like you’re right there with him.