Light Up The Night In A Glowing, Graffiti-Tagged Juke 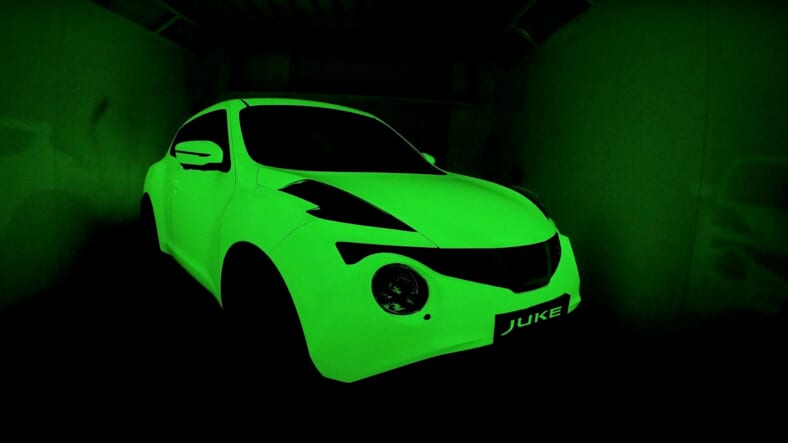 Nissan lit up Melbourne, Australia‘s White Night celebration by challenging a pair of local graffiti artists to tag two Juke crossover SUVs. The Jukes were wrapped in glow-in-the-dark vinyl for the taggers to personalize with black paint and markers.

Since 2013, the annual 12-hour celebration of art and culture has included light projections, visual art, music and performances. The Nissan exhibit featured duo Josh Meyer and Josh Brown—who did a snake-themed design on their car—and Chris Le, whose work was called “Journey To The West.”

“The grill, headlights and long smooth lines resonated immediately with us,” explained Josh and Josh. “We decided to create a series of snakes that traced the shapes and features of the Juke. We utilized negative space, so that the snakes were glowing, and everything else would be blacked out.”

Influenced by a favorite childhood TV show, Le depicted its lead character Magic Monkey on a journey to the West. This doubled as a tribute to this being the Year of the Monkey in the Chinese calendar.

Le also felt that “an Asian-themed illustration must include dragons since they are a big part of the culture.”

“…It was only natural,” he concluded, “to draw epic dragons weaving past the character on the car.”