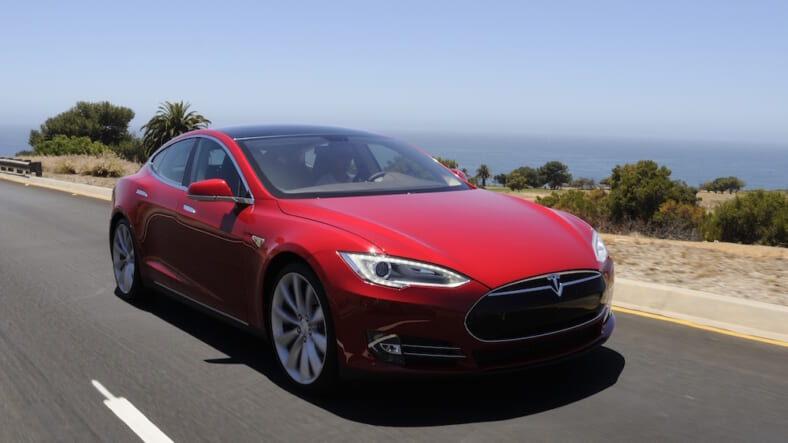 Famed iPhone hacking prodigy George Hotz has moved from reprogramming smart phones to programming his Acura ILX sedan to drive itself, but along the way he’s riled Elon Musk for embarrassing the established autonomous car players like Tesla and Google by taking a different approach to the self-driving challenge.

Musk, as we’ve seen, dislikes being upstaged. And Musk is supposed to be the upstart challenger, not the staid establishment player, so the whole narrative of Hotz’s story gets under his skin.

Enough so that Musk took to Twitter and posted a “correction” on Tesla’s blog in response to a Bloomberg Businessweek story in which Hotz described his shortcut to programming his modified Acura to drive itself. Hotz’s strategy is to let the computer’s artificial intelligence observe a real driver for a while, then telling it to drive that way itself.

This is in contrast to the approach of Tesla and others working on the problem, who establish a litany of rules to guide the computer’s decisions about how to drive. Hotz was able to demonstrate that his car can drive on its own to the satisfaction of Bloomberg Businessweek writer Ashlee Vance.

If nothing else, Hotz has successfully demonstrated the efficiency of his approach, as he was able to achieve some substantial degree of autonomy without the legions of programmers and miles of testing employed by Tesla, Google, and traditional carmakers like Audi.

However, Musk accurately points out there are good reasons for their approach. “This is the true problem of autonomy: getting a machine learning system to be 99% correct is relatively easy, but getting it to be 99.9999% correct, which is where it ultimately needs to be, is vastly more difficult,” says the Tesla blog.

However, that approach has brought on the embarrassment of autonomous cars being crashed into by human drivers who fail to anticipate the robot’s unexpectedly stupid and/or timid driving decisions.

They have also been ticketed for driving like a grandma with a state trooper riding shotgun. So despite the rigor of the formal approach employed by Tesla et. al., there is clearly room for improvement in terms of getting autonomous cars to drive in a more predictably human style.

That is where it seems like Hotz’s imitative approach could pay dividends. Surely there is a way to get Tesla’s 99.9999 percent safety to mesh with Hotz’s car’s ability to drive more like a live person. So in a way, they’re both right.