Harley-Davidson Will Be Selling Electric Motorcycles Within Five Years

But isn’t that rumbling engine part of the fun? 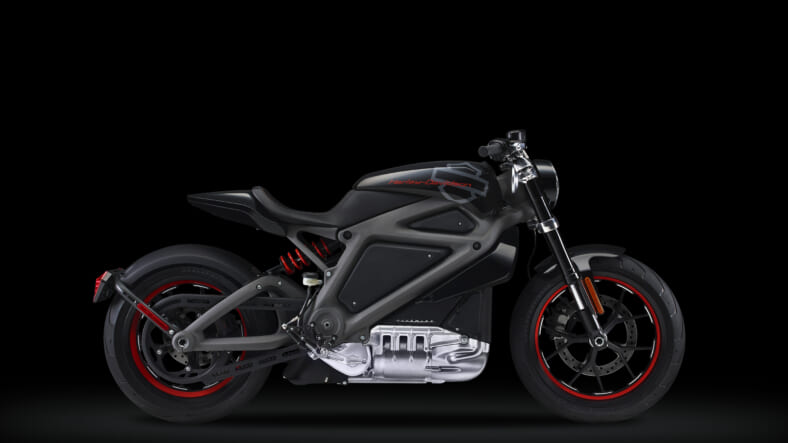 The signature sound of a Harley-Davidson‘s V-twin engine is so key to the motorcycle’s appeal that the company actually tried to trademark its’ bikes’ exhaust note. So a move to a silent electric motor is a big, risky step for Harley, but senior vice president of global demand Sean Cummings told the Milwaukee Business Journal that an electric Hog will hit showrooms within five years.

To gauge potential customers’ reactions to this radical departure for Harley, in 2014 the company conducted a tour of its electric prototype motorcycle, the LiveWire, where regular people could ride the test bike and provide their opinions on it.

“Project LiveWire is more like the first electric guitar – not an electric car,” suggested Mark-Hans Richer, Senior Vice President and Chief Marketing Officer, Harley-Davidson Motor Company in a press release. “The sound is a distinct part of the thrill,” said Richer. “Think fighter jet on an aircraft carrier. Project LiveWire’s unique sound was designed to differentiate it from internal combustion and other electric motorcycles on the market.”

Meanwhile, movie-goers saw the LiveWire on the silver screen last summer, when it was used in Marvel’s Avengers: Age of Ultron as the ride for Scarlett Johanssen‘s Black Widow character.

The film’s stunt department offered some observations on riding an electric motorcycle. “It’s an electric bike, so nothing is similar with a gas bike except it is on two wheels and you have a handlebar,” explained stunt rider Sarah Vignot. “It is like, on-off, you don’t have any clutch.”

Justin Kell, the movie’s stunt bike coordinator, was awestruck by the LiveWire’s technology. “We’ve never worked with a bike that’s as technologically advanced as this is,” he said. “This bike completely blew me away. It is so far out of the norm of what you would expect. It just doesn’t get any cooler for being in motorcycles.”

Hopefully Harley will find buyers who are equally impressed when the production electric models finally shows up. Mark your calendar for 2021.