How A Harley-Davidson Heir Revived The Iconic Motorcycle Brand

Harley design guru Willie G. Davidson is behind some of the company’s most beautiful bikes. 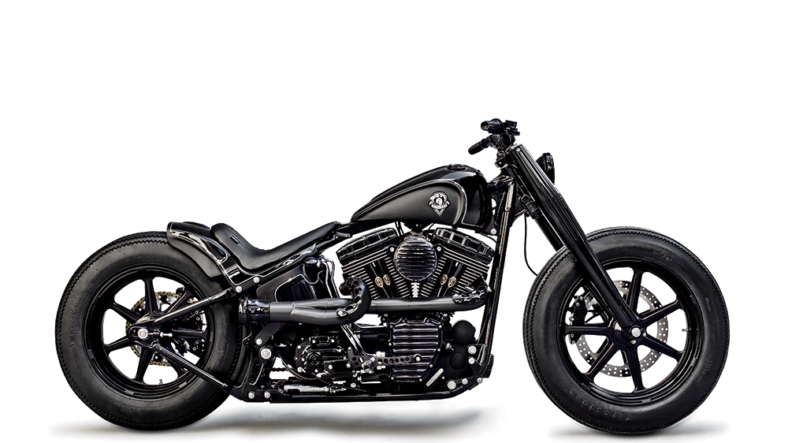 Harley-Davidson’s chief styling officer emeritus looks more than a bit like Willie Nelson. Fittingly, the name of the grandson of company cofounder William A. Davidson is Willie Davidson. Willie G. Davidson, actually, though it seems most people call him Willie G. The 82-year-old not only guided design at the motorcycling icon for nearly half a century, but also helped bail the company out when it nearly closed, ultimately becoming its best-known and best-loved face.

His additional title reads “brand ambassador.” It’s critical that a company like Harley have a stable hand on the wheel to guide its styling, because though the company trades on its heritage, it needs to avoid becoming captive to it. The Harley-Davidson Motor Co. was founded in 1903, and for decades built motorcycles that evolved with their times. Mechanical and styling changes kept pace with advancing technology and fashion.

But after World War II, Harley’s riders took control, modifying their machines to suit their own tastes. They built bobbers, by removing the rear fenders and seats, and then moved on to choppers, whose extended forks and fat rear tires were spurred by the rise of drag racing. By the time Davidson joined the company in the 1960s, Harley needed someone who was in touch with these customer-driven styles and could put the bike maker back in control of its own designs.

Davidson’s first effort was the landmark FX 1200 Super Glide of 1971, which brought customized style in-house for the first time. “Up until that point we weren’t in the custom business,” Davidson recalls. “I felt there was an opening for our company to play in that game, and the ’71 boat-tail Super Glide started it all.”

Over the years, Davidson continually sought to mine new veins for styling gold. He points to the XLCR Café Racer of 1977 as one of his favorites, though Harley’s traditionalist customers weren’t crazy about Davidson’s effort to infuse cool Britannia fashion into the American institution. Davidson says he feels vindicated, though, by the prices the bikes now bring.

“It is a beautiful bike that is highly collectible,” he says. “I see them in Hemmings Motor News all the time.” During the 1970s, despite Davidson’s exertions on behalf of the company, Harley’s finances deteriorated, as it was just a cog in the AMF conglomerate best known for its bowling equipment. In 1981, Davidson joined a dozen other Harley executives to buy the motorcycle maker out from under its indifferent parent, putting enthusiasts in charge of the Motor Company.

Reinvigorated, Davidson produced the Heritage Softail Classic, a motorcycle built to look like old-style “hardtail” bikes with no rear suspension. Single rear shock absorber designs arose to give motocross bikes more suspension travel, but Davidson came up with the idea to repurpose the layout in a way that would eliminate the shocks and springs hanging from the backs of other motorcycles at the time.

His list of design hits also includes the Low Rider, the Fat Boy, the Street Glide, and finally, the V-Rod. The last one is a controversial model because of Harley’s effort to move forward with more modern, powerful liquid-cooled engine technology. This was Davidson’s challenge: to incorporate industrial-looking liquid-cooling hardware in a way that makes it stylish.

Ralph Gilles, head of design for Jeep’s parent company, Fiat Chrysler Automobiles, is familiar with this challenge. “We have that with Jeep,” he says. “You have to anchor your design in that heritage.” The challenge is not to be too constrained by that anchor.

“It can paralyze you, but it gives you room to experiment,” says Gilles. The V-Rod was Davidson’s biggest experiment since the Café Racer, and unlike that bike, Harley will not give up on it in the face of tepid sales. “I’m a big fan of the V-Rod,” Gilles says, complaining that his wife’s objections are the only thing standing between him and owning one. The key to successfully translating traditional style into new trends is to preserve the graceful proportions riders demand, according to Davidson.

“I keep coming back to the basic word that is so important to me: proportion,” he says. “It’s the wheel size to the bike’s mass, how the engine fits in the frame, the air space between the cylinders and the oil tank.” It’s easy to spot bad proportions, he adds. “You see vehicles that look strange because of the way their parts are arranged. We try not to do that.”

Now Davidson barnstorms around the country, promoting the company to customers. When he’s home, Willie G. still goes to work in his office every day. “I think I would cry if they didn’t let me in,” he jokes. He spends his days turning out watercolor paintings depicting Harley-Davidson motorcycles and the brand’s imagery. Some of the work was displayed last year at the Harley-Davidson Museum’s exhibit “Willie G. Davidson: Artist, Designer, Leader, Legend.”