Once you figure out where to park it. 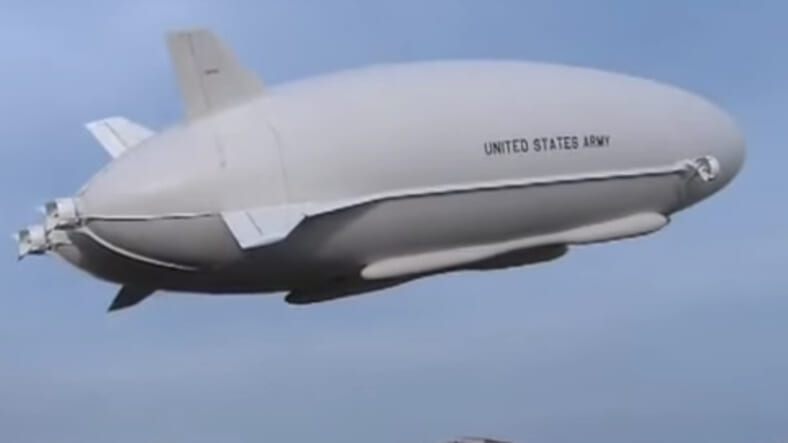 At 302 feet long—over 26% longer than an A380—the Airlander 10 is easily the world’s largest aircraft (not counting its bigger brother, currently in development). And starting tomorrow, Britain’s Hybrid Air Vehicles is opening up a £500,000/0.9% round of equity investing to the public on CrowdCube.Previous investors in the aerodynamic dirigible have included the U.S. Army, heavy metal legend Bruce Dickinson and last year’s successful CrowdCube campaign, alongside some significant U.K. government grants. So they’re certainly not twisting in the wind.

Despite its voluminous nature, the 1.3 million cubic foot airship—which weighs 22 tons—is capable of cruising at 92 MPH, flying for 5 days at a time when manned or weeks unmanned, and carrying a payload of 11 tons.Its ability to take off and land from pretty much any flat surface give it a wide variety of tourist, military, construction and rescue applications. Alternatively, it could just be a humongous flying toy for one wealthy owner willing to pay the vehicle’s $35 million price tag.Either way, it’s got some serious fault tolerance built in. As HAV’s chief engineer, Mike Durham, told The Verge, “You could put a hundred bullet holes in this, and you’d still fly for four or five hours before it became necessary to come back down.” The non-pressurized zeppelin could also apparently lose three of its four engines and still pilot to safely.

Throughout the rest of this year, they’ll be logging hundreds of hours of test flights, as a proof of concept to potential buyers.Will they fill the skies in decades to come? Once they start rolling out of the giant hangars constructed 100 years ago for airship manufacturing, we’ll see where they go from there.