Watch this 1,451 horsepower monster clinch the world record with a 265.6 mph run. 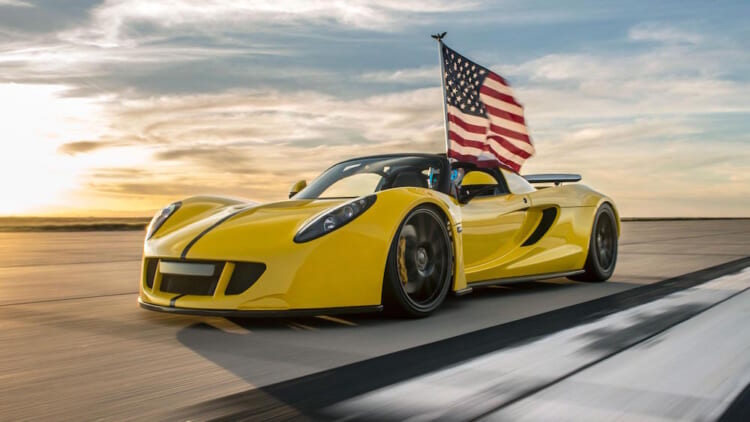 The Venom GT is an undeniably freakish beast made by the same demented minds who recently cranked up a Dodge Challenger Hellcat to 1,032 horsepower. Henny’s record-holder is powered by a 7.0-liter V8 engine that boasts a truly batty 1,451 horsepower and 1,287 pounds of torque.

The speed-obsessed company last set a record with a blistering 270.49 mph run in its regular roofed Venom GT at Florida’s Kennedy Space Center.

“I’ve wanted to test the top speed of our Venom GT Spyder even since our coupe ran 270.4mph on the Space Shuttle landing runway at NASA’s Kennedy Space Centre in 2014,” explained company founder John Hennessey. “This was a great way to validate the technical excellence of our car which includes high-speed stability with an open roof.”

Looks like now it’s up to Bugatti to try to snatch back their fastest convertible crown.