This 1,085 HP Swiss Supercar Is Powered By a Souped-Up Lamborghini Engine 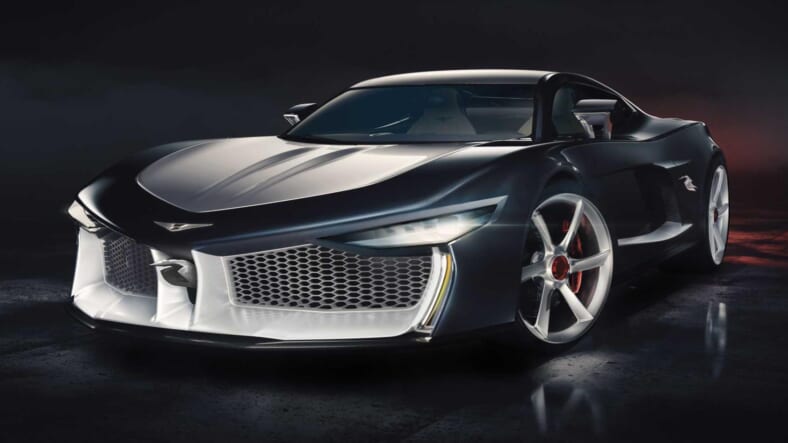 The latest sub-three second hypercar to join the 1,000-plus horsepower doesn’t come from Germany, Italy, France or the U.K.

Looking at the Hispano Suiza Maguari HS1 GTC, you wouldn’t guess that the Swiss marque (not to confused with the Spanish car company that also has rights to the Hispano Suza name) hasn’t produced a vehicle in this century.

Its gigantic grille and angular lines certainly make it look just as menacing as modern competitors like Brabham BT62 or the Hennessey Venom F5.

The performance specs are there, too. Motor 1 reports that it’ll rocket to 62 mph in 2.8 seconds and max out at a “limited” top speed of 236 mph.

The same 5.2-liter V10 that powers the Lamborghini Huracan resides in the Maguari HS1 GTC, except it’s equipped with two turbochargers.

The added air intake bumps the the engine’s output from 602 hp to a whopping 1,085 hp, which is channeled to the rear wheels via a seven-speed paddle-shift gearbox.

Hispano Suiza’s rich history in both custom limousine building and aviation production are also evident in the luxe ride’s design.

The car was penned by Prof. Olivier Boulay, an internationally acclaimed car designer and architect from Paris. Its avian inspiration can be seen at the front, with the lines carrying on down the sides, cumulating in a wing-like rear light setup. Coming from a famed coachbuilder, it’s no surprise that the company will also allow customers to add their own bespoke flair to each individual car.The modern-day Hispano Suiza is the brainchild of Austrian car designer Erwin Leo Himmel, who resurrected the brand in the 2000s after decades of it lying dormant. The original company was something of a Spanish-Swiss Rolls-Royce (Hispano Suiza even means Hispanic Swiss in Spanish), and produced aviation engines as well as luxury cars before it was gradually broken up in the 1960s.

Only 300 Maguari HS1 GTCs will be made. The first 10 limited-edition models will come with handmade driving gloves, shoes, luggage and an exclusive handbag.

Price will likely be announced at the Geneva Motor Show in March. Head to Hispano Suiza’s website for more info.