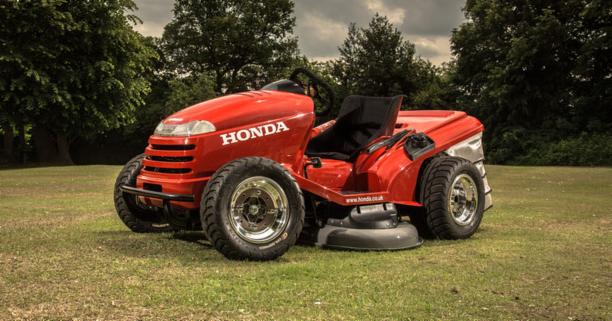 Honda has done something truly insane. They’ve transplanted the engine from their CBR1000RR Fireblade SP superbike into a freakin’ lawnmower.

Why on earth would the Japanese automaker build such an absurdly awesome piece of lawn care equipment? They have a reputation to uphold.

Top Gear magazine has more details on its engine specs:

It’s an SP1 Fireblade engine that has upped the game considerably from Mean Mower I. As in nearly double the power. 190bhp+ at 13,000rpm, 999cc, flat shift on the way up, auto blip on the way down.  It’s got six gears with a long first ratio. In fact, the mower should be good for about 90mph [sic] in first. Sub 3.0sec 0-60mph? It’s probably not going to be far off.

The track date has yet to be announced, but it’ll probably look a lot like the 2014 attempt, only faster.