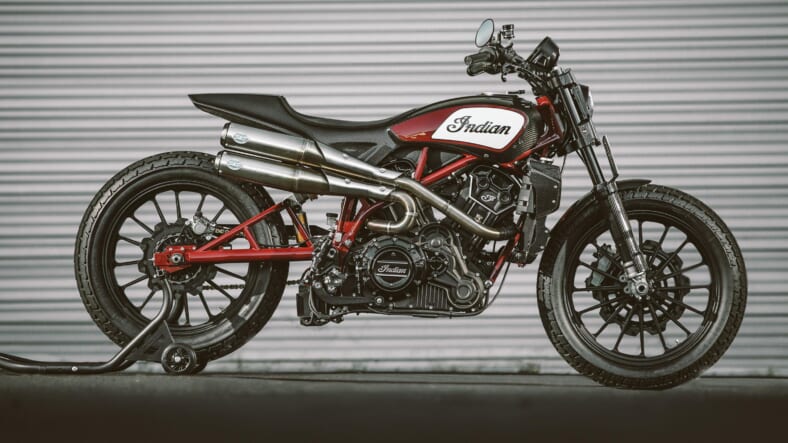 We drooled on the smokin’ hot Indian Motorcycle FTR1200 Custom project bike the company showed off last year, and our lust has apparently been rewarded by Indian’s decision to green-light that race-inspired machine for production as a street bike.

“Riders definitely have spoken and the response has been overwhelming,” said Steve Menneto, president of Indian Motorcycle. “We’re proud and excited to announce that we will be putting the FTR 1200 into production.”

Indian showed industry insiders what the planned production model looks like behind closed doors, leaving the rest of us to wonder until the official unveiling. Obviously, both the FTR1200 Custom project bike and the FTR750 race bike will influence the style of the production model, which will feature a trellis steel tube frame and Indian V-twin engine.

“We wanted to make sure that the FTR 1200 wasn’t merely a regurgitation of the FTR1200 Custom, but something uniquely ‘street,’ albeit flat track inspired,” said Senior Designer Rich Christoph. “We’re thrilled about the character this bike possesses and its ability to take American V-twin motorcycles into new territory.”

No specific release date has been set, but Indian says not to expect it until 2019.