The Indy 500 Has More Momentum Than Ever

As the hallowed race celebrates its 100th running, drivers and fans still have a need for speed. 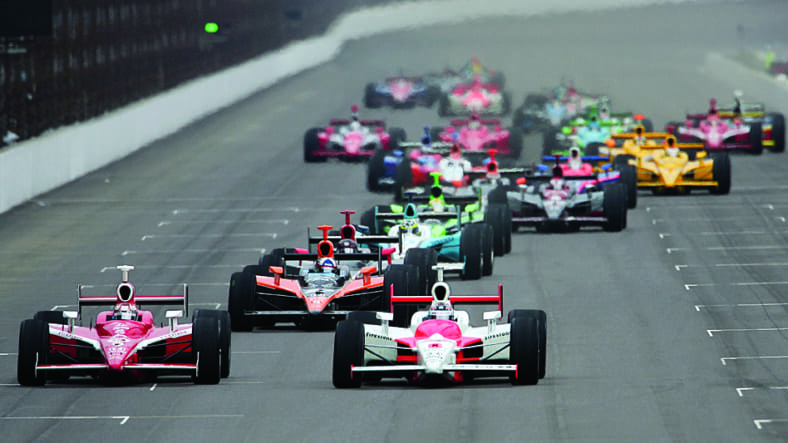 The Indianapolis 500 has long been hailed as “the greatest spectacle in racing”—but one could argue that the real spectacle, at least for attendees, happens off the track. Sure, watching daredevil drivers navigate hairpin turns at 230 mph promises an undeniable adrenaline rush, especially considering what’s up for grabs—the contest’s purse, likely upwards of $13 million, this time is one of the biggest cash prizes in all of sports—but the May 29 event is much more than a high-stakes joyride.

It also has a storied history as the Midwest’s premiere party destination, and this year more than ever there’s cause for celebration: 2016 marks the Indy’s 100th running. (The first official competition actually took place 105 years ago, but no races were held during World Wars I and II.)

To honor the occasion, organizers have assembled a music festival–style celebration. The acts will run the gamut from rock icons (Journey) to country stars (Blake Shelton), with a few EDM heavyweights for good measure (Skrillex will be there, alongside Martin Garrix and Zeds Dead). Come May, the performers descend upon the Snake Pit—a sprawling arena inside the racetrack that can hold more than 30,000 revelers.

The Snake Pit’s reputation for debauchery dates back to the 1970s, a period when sex and drugs reigned supreme. Back then, the pit was ostensibly the Woodstock of the Midwest: a partying rite of passage for college coeds. The race has become a decidedly more sophisticated affair since, but organizers are keen on bringing some of that old-school revelry back.

Over the course of the weekend, attendees will have a slew of parties to choose from—though some will be more exclusive than others, like our very own Maxim event, which will bring together top racecar drivers, musicians, models, celebrities and artists.

For auto lovers, the Indy 500 will always be about watching speed demons vie for victory amid the deafening purr of their twin-turbocharged engines; for the racers themselves, it’s a chance to take home a slice of cash and, if all goes well, chug a bottle of buttermilk at the finish line, a tradition that dates back 80 years.

But for the rest of the Midwest—and the country—the eternal appeal of the Indy 500 is simple: True to its billing, it’s an experience unlike any other in the racing world.