This sexy sports hybrid would give your Prius a wedgie. 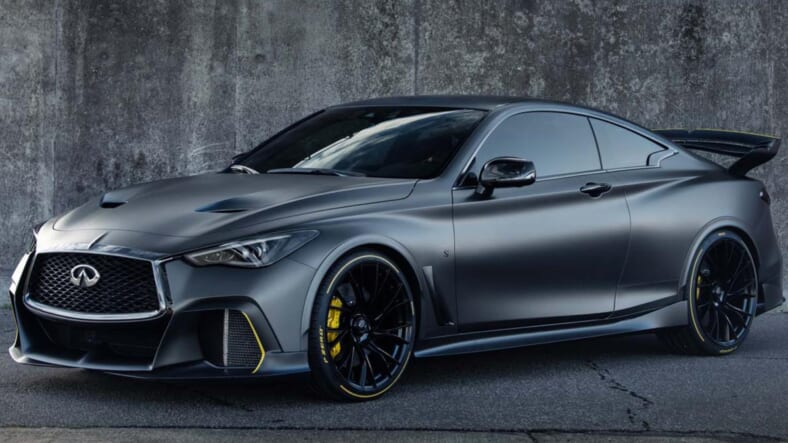 As the electric revolution sweeps the auto industry, Infiniti is joining the ranks of automakers who have realized that electric motors can still provide an exhilarating driving experience. Enter the Infinity Project Black S concept, a sexy, stealthy ride that will make Prius owners green with envy.

Similar to Porsche’s Mission E project, Infiniti sees the potential in electric integration. Under the hood of the Project Black S prototype packs a 3.0 liter V6 Twin Turbo, the same engine that has served the Q60 so well.

The real magic lies in the dual-hybrid powertrain that Infiniti is innovating, increasing the engine from 400 horsepower in the standard model to a whopping 563 from the Black S prototype. That translates to a sub 4.0 second 0-60 and that’s damn impressive.

The Black S prototype is the result of Infiniti’s 2017 Project Black S study, an early example of the Japanese company’s ambitious commitment to implement electric in some form into its lineup by 2021. If that commitment means every one of Infiniti’s offerings get some extra, e-boosted horsepower, then 2021 can’t come soon enough.