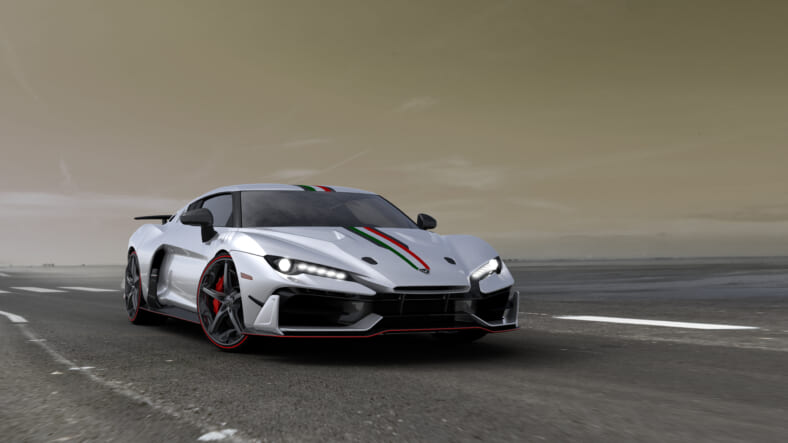 Italian styling house and coachbuilder Italdesign Giugiaro has announced creation of a new car-building brand and production plans for five exclusive supercars using the Lamborghini Huracán as its foundation.

“The exterior is characterised by the two sides of the same medal,” said Filippo Perini, head of innovation design. “Above the tornado line, outlines are distinctly softer and smoother in keeping with the Italian Gran Turismo tradition,” he said. “The lower part is modeled from aerodynamics.”

“To achieve the performances we had in mind, we had to dare beyond all limits from styling and even purely technical points of view,” Perini stated. “The outcome ensures extremely high impact without ever being design for design’s sake.”

Beneath this striking all-carbon fiber bodywork lies an aluminum chassis and the 5.2-liter V10 borrowed from the Lamborghini Huracan. The car will deliver 0-62 mph acceleration of 3.2 seconds and a top speed of 205 mph.

Italdesign, like Lamborghini, is a subsidiary of the Volkswagen Group, so it is no surprise to see the corporate cousins cooperating on such projects. Italdesign Automobili Speciali describes this new limited production model as targeting “collectors and visionary enthusiasts.” Surely it will find five of them for the planned production run in very short order.