The most dangerous part? It had Jersey plates. 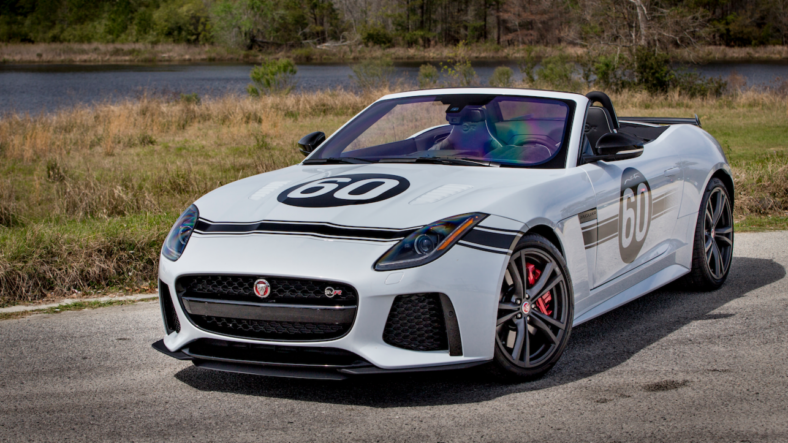 I’m not going to reveal how fast I went in the most powerful production Jaguar ever made while driving the 350-odd miles from Atlanta to Amelia Island, Florida.

The storied British motorcar company was kind enough to provide me with a 575-horsepower F-Type SVR convertible that goes from 0 to 60 in 3.5 seconds and tops out at 200 mph, and if they learned exactly how high the speedometer creeped, I’d never be invited behind the wheel again… by them or any other car company.

And that would be a shame, because the drive from gritty ATL to playground-of-the-rich Amelia Island was one of the most thrilling non-track experiences of my life. Most of that has to do with the car, the balls-out craziest cat Jag has ever produced. (Though quick shout-out to the baby backs at Jomax BBQ.)

Packed with a supercharged 5.0-liter V8 with even more power than the already insane F-Type R, the SVR toes the blurry line between sports car and supercar.

One thing that’s very clear, however, is that there isn’t a car on the planet that sounds quite as sweet. It bubbles and gurgles at idle then screams when you stomp on the gas, thanks to an upgraded exhaust system made of titanium and high-strength Inconel. There are pops and crackles aplenty that make you think you’ve stumbled into a Civil War battlefield.

Speaking of the War of Northern Aggression, despite rolling past several Georgia state troopers, no one stopped the speeding, race-decaled bullet screaming down the interstate. Perhaps it was because the Yankee behind the wheel looked so damn calm—it’s hard not to be in the luxurious confines of a proper English driving machine.

With a starting price of $128,800, one isn’t shocked to find quilted-leather seats, a suede-covered center console, unique SVR steering wheel, and anodized aluminum paddle shifters that would provide a good alternative should Wolverine ever need a replacement for his adamantium skeleton.

When I finally pulled up to my destination—the Amelia Island Concours d’Elegance vintage car show/auction/rich-people-in-seersucker-suits hangout—I knew I was doing so in an automobile that will be one day be considered a classic in its own right.

I just hope Smokey doesn’t toss me in jail and throw away the key before it does.