The elegant craft that Daniel Craig romanced Eva Green on is going up for sale. 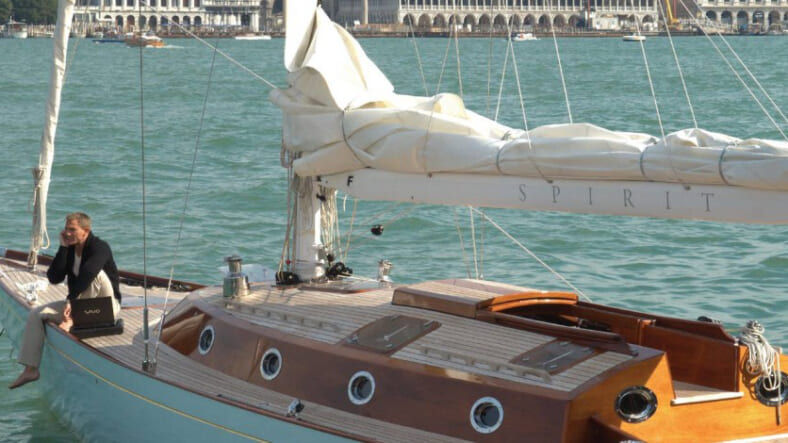 Although officially named Soufrière after a Caribbean volcano, she’s better known as the 007 Yacht, for her appearance in 2006’s Casino Royale. This sporty yet elegant vessel, which starred alongside Daniel Craig in his first film as Bond, will be up for sale (asking price around $900,000) at the upcoming London On-Water Yacht & Boat Show the first week in May.

Aside from the film she was famously built for (Craig’s 007 takes Vesper Lynd, played by Eva Green, on a romantic tour of Venice in the bespoke boat) this luxurious 54-footer holds a couple of interesting distinctions. She was the first sailing yacht in 300 years to go up the Grand Canal in Venice (which involved dismantling and reassembling her rig 10 times). And not just a pretty face, her advantageous power to weight ratio has helped her win the ladies race and take line honors in the Round the Island race at this year’s British Classic Yacht Club Panerai regatta.

Spirit Yachts recently refitted her from stem to stern, repainting her hull, revarnishing inside and out, and inspecting and servicing all her equipment and rigging.

In other words, much like the gorgeous Green in the film, she’s pretty much ready to go.