007’s DB10 is among a slew of cool Bond memorabilia being auctioned off. 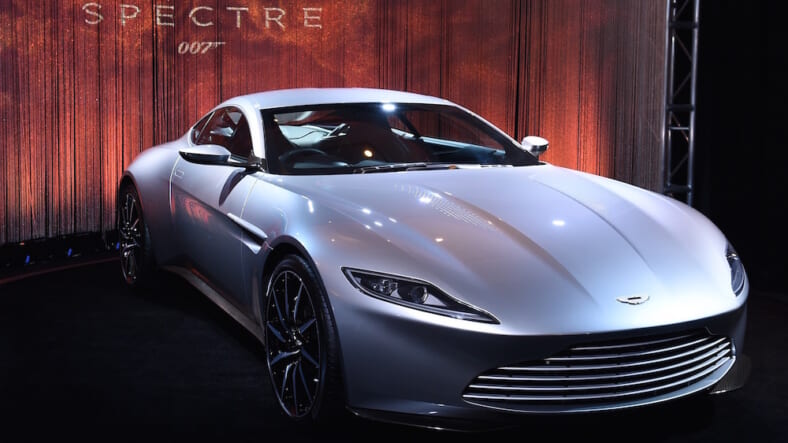 Let’s face it: no man will ever be as dashing as James Bond. The debonair secret agent reached new heights of badassery in Spectre, with an automotive assist from his trusty Aston Martin DB10.

And now 007’s ultra-sleek vehicle of choice can be yours to take home—for a price.

Christie’s Auction House got hold of a plethora of props and gadgets from the 24th Bond movie and is auctioning them to well-heeled fans.

In all, there are 24 lots to covet, many of which were featured in Spectre and even worn by leading man Daniel Craig. Highlights include an Omega Seamaster 300 watch, a pair of Tom Ford shades, and, of course, that racy Aston Martin DB10.

Below, the top lots from the auction:

LIVE: The Seamaster 300 “Spectre” Limited EditionEstimate: £15,000–20,000 ($21,433–28,577)Here’s the lot watch snobs were waiting for. This automatic Omega watch, which has a black dial and bi-directional, rotating black bezel, has a nautical and functional appeal. It’s one of eight prototypes ever made and was last seen on the wrist of Daniel Craig in the film’s Moroccan lair scene.

LIVE: Longines ‘Conquest Heritage’ WatchEstimate: £5,000–7,000 ($7,217–10,103)An Omega might be Bond’s wristwatch of choice, but this is the next best thing. This timepiece from Longines was worn by Ralph Fiennes, who plays M in the film. This automatic timepiece comes with an 18-carat rose gold case and a sunray silver dial.

ONLINE: Shoulder Holster Worn by Daniel CraigEstimate: £3,000–5,000 ($4,330–7,217)This shoulder holster was featured in the Spectre teaser poster and is one of only five to have been manufactured by armourer Dave Evans for James Bond. It’s all leather and entirely handmade.

ONLINE: Tom Ford ‘Snowdon’ Sunglasses Worn by Daniel CraigEstimate: £4,000–6,000 ($5,773–8,660)Because not even secret agents are immune to the sun’s rays, Bond donned these shades for Sciarra’s funeral scene, before wooing the beautiful Monica Bellucci, of course. They’ve got a tortoise shell design with grey specs, which give them a snazzy, ’60s vibe.

To make your move, check out Christie’s website for more information on both the live and online auctions.