His taste in vintage Ferraris and Lambos was as cool as he was. 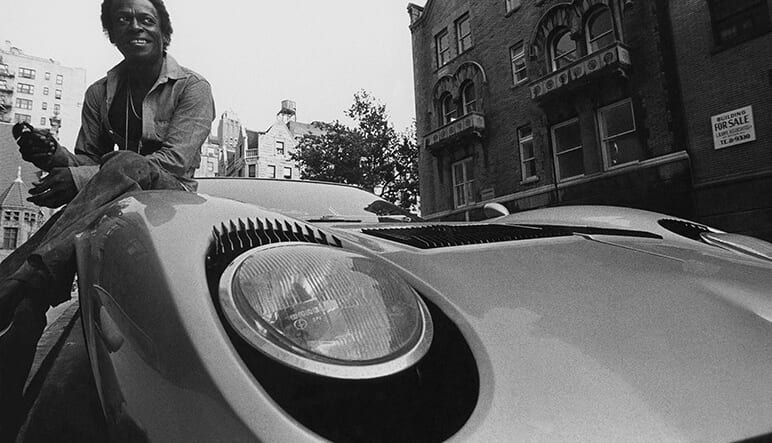 With the new Miles Davis biopic Miles Ahead starring Don Cheadle hitting theaters, Robb Report takes a look at the jazz icon’s supercar fetish. Despite not having had a driver’s license for several years, Davis owned at least five amazing exotic cars over the course of his colorful career.

One of his first was the Lamborghini Miura, widely considered to be the world’s first supercar. Miles liked to keep a .357 Magnum under the driver’s seat, and in 1972 he totaled it on Manhattan’s West Side Highway, breaking several bones in the process.

Compared to the Ferrari and Lamborghini, Miles’ Mercedes-Benz 190 SL was rather tame, but still packed plenty of style. It cost $4,000 at a time when he was only pulling in $300 per album.

In the late ’70s Miles went for a rather understated vehicle, but one that packed a surprising amount of horses under the hood. The British beast could do 0 to 60 mph in 7.6 seconds and was capable of hitting 143 mph.

And then came the ’80s and Miles’ return to a flamboyant Ferrari – this time a bright yellow Testarossa. He was frequently seen flogging it along the coastal roads of Malibu, and fittingly enough it was his ride of choice when he appeared on Miami Vice in 1985.